You are at:Home»Execs to Know»Where Are They Now: David Langstaff 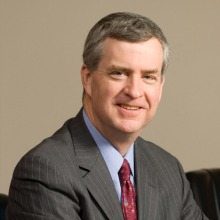 Being an executive isn’t for the faint of heart. It requires a certain level of stamina to keep up with busy schedules, competing priorities, and managing relationships. David Langstaff has embraced the rhythm of busy. Even after stepping down as CEO of TASC in 2013 Langstaff didn’t lose any momentum.

“Today, my activities fall into three major areas: Leadership at both the individual and institutional levels, board service, in both the corporate and nonprofit arenas, and music both as a performer and film producer,” he explains.

As senior moderator with the Aspen Institute, Langstaff moderates seminars on values-based leadership around the world. This individual leadership area, Langstaff says, is some of the most inspiring work he does.

Langstaff is also a visiting professor on values-based leadership in the executive MBA program at EDHEC, one of the most prestigious business schools in France.

His roles in the institutional leadership area include: executive fellow with the Center for Higher Ambition Leadership, as well as chair of The Aspen Institute Business and Society Program.

“The Aspen Institute Business and Society program probes the questions of whether business is performing the role society needs,” Langstaff explains, “and pushes back against the trends of short termism and shareholder primacy.”

The Center for Higher Ambition looks at the same issues from the standpoint of a CEO and director committed to long-term, responsible and sustainable business leadership and performance.

But that’s not all for the forward-focused Langstaff who travels more now, especially internationally than he did as CEO.

“It is my nature to be busy,” Langstaff says. “The routine of a corporate office is no longer dominant, as the various activities in which I am involved have different rhythms and needs.”

For Langstaff, being busy seems to be bliss as he notes there isn’t any separation between his work and his passions. While interests are as varied as the activities in which he is involved, Langstaff’s proudest achievements include the successes he has had in many unrelated endeavors.

“Serving as a corporate CEO to film producing and performing and leadership development—I like that I cannot be pigeon-holed as only doing one thing,” Langstaff says.

Only doing one thing is definitely not on his agenda.

“Life is like a book; every now and then, you turn the page and need to start a new chapter” he said.

“There are so many things I want to do, and so many ideas I’d love to develop,” Langstaff adds. “It would be a mistake to do the same thing all the time, or even stay in the same field.”

This mentality explains the diversity of companies which he chairs as well as his activities in the not-for-profit arena. As a corporate director, Langstaff chairs Monitor-360, a rapid-growth narrative analytics company based in San Francisco. He is also chair of the proxy board of MorphoTrust, and serves as director of Premier Inc., a health care improvement company.

In the not-for-profit world, Langstaff serves as director of The Wolf Trap Foundation, and the Pestalozzi Children’s Charity, whose focus is educating children in Africa, Northern India and Nepal. Langstaff also serves as a member of the Defense Business Board, where he advises the defense secretary and deputy secretary based on business experiences and perspectives.

In addition, Langstaff is an accomplished musician. He can occasionally be found performing as a baroque soloist with chamber orchestras. He is also the executive producer of “Soundbreaking – Stories from the Cutting Edge of Recorded Music.” This 8-hour documentary series debuted on PBS last month, and was made with Beatles producer Sir George Martin.

“For me, there is nothing more powerful and more satisfying than standing for something you believe in,” Langstaff notes, “and then working with motivated, smart people of strong character who share those beliefs.”

So what’s next for Langstaff?

Keeping his agenda full with leadership seminars, perhaps some performance, board work and maybe fitting in some time to watch the Washington Capitals play.

“And once ‘Soundbreaking’ is behind me, I have an idea for a new global initiative around social justice in an increasingly transparent, complex and interrelated closed-loop world,” Langstaff says. “We need to rethink what constitutes a just and fair society when one can no longer outsource or hide our shared problems.”