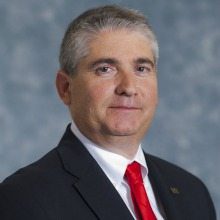 The 5-year task order, awarded under the General Services Administration OASIS contract, has an estimated anticipated spend of $875.6 million, with a ceiling value of $1.77 billion.

“The Joint Improvised-Threat Defeat Organization’s mission is one of the most critical for the safety of joint forces and the populations they protect,” CACI Chief Operating Officer and President of U.S. Operations John Mengucci said. “Our globally deployed team provides time-sensitive support and sophisticated intelligence fusion technologies that have proven to be highly effective in saving lives and enabling our combatant commands to stay ahead of complex and growing threats.”

“CACI is committed to this strategic partnership with the Joint Improvised-Threat Defeat Organization and the troops they serve,” CACI President and Chief Executive Officer Ken Asbury said. “With nearly 10 years in support of JIDO and its predecessor organizations, we understand the critical nature of this trusted relationship, and we are honored to lead this team of mission-focused experts. We are convinced that by integrating the best people and technologies of industry and government, we are breaking new ground in the service of our country.”

Under the contract, the CACI team will support JIDO’s critical focused support/decisive effort mission by assisting joint forces in integrating capabilities, technologies and processes to disrupt and defeat enemy networks in locations around the globe.