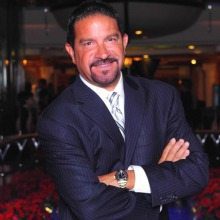 In its 25-year history, the McLean, Va.-based government contracting firm has grown in leaps and bounds, from its early days as a commercial staffing agency and later, as an 8(a) business, into what it is today: a leading provider of IT and cybersecurity solutions to the intelligence community.

Much of that growth occurred over the last two years, when the company meted out a growth strategy that soon translated into a series of successful acquisitions.

Reaching that point took two key approaches, says Scott Goss, president and CEO of PSS, who was also recently named the Deal Maker of the Year by the Association for Corporate Growth.

Instead, PSS has honed in on a very specific niche. “We service the DoD and intelligence community by providing high performance computing, data analytics, mobile application development and systems engineering,” says Goss. “I like to say we are a national security company that, for the balance of its history, has, and will continue to, support the warfighter.”

That capability was enhanced, earlier this year, with the company’s latest acquisition, of Tetra Concepts, an intelligence community-focused systems architecture and software design firm. “Since they’ve come onboard, they have subsequently grown at a rate of about 25 percent,” says Goss. “It’s almost like the combination with … PSS provided them a second wind, based on being part of something greater, bigger, and with the capability of doing so much more.”

PSS’s strategic decision to accelerate its acquisition campaign came at a critical time. “We told ourselves, ‘We’re either going to die on the vine or grow within the intel space — and go out and acquire to expand our systems and application engineering experience,” recalls Goss. That approach began, in part, in 2009, with the company’s first acquisition, of Integrated Network Systems Inc., a Frederick, Md.-based company that focused on high-end storage solutions and virtualization.

“They were our entrée into the intelligence community,” says Goss. That acquisition ultimately resulted in PSS providing support to such programs as the National Counterterrorism Center and serving as a key member of the 2014 Winter Olympics Intelligence Support Team. That work allowed PSS to embark on a more ambitious strategic campaign, which began in earnest in December 2013, to execute on additional acquisitions.

In March 2014, PSS acquired Envision Technical Services, an IT company focused on mission-critical applications and systems to defense and intelligence agencies. A few months later PSS acquired Global Services & Solutions, Inc., an IT, enterprise resource planning, financial consulting and program management firm that had provided high-end engineering and design support to the next generation of ballistic missile nuclear submarines for the U.S. Navy.

Soon after, in October 2014, PSS acquired Government Contract Solutions, a Washington-area company that devoted more than half its work to improving government agency audit readiness and support, as well as architecture and engineering support to the intelligence community. That was followed, a year later, by the purchase of GSM Consulting, a software engineering and cybersecurity services firm focused, once again, on the intelligence community. “It really bolstered our path into mobile applications solutions,” says Goss.

While each acquisition builds on PSS’s singular focus on the intelligence field, each also taps into the company’s long-standing roots in software. “The capability we’ve always been strongest in, and that we felt was a good place to be, was software — in one way or another, a lot of the acquisitions we’ve done have a software component,” says Goss.

For Goss, that strong suit speaks to another critical aspect of successful acquisitions. “If you’re going to acquire, acquire something that provides a special offering or operates in a niche that you understand and feel comfortable bringing to many markets,” he says.

“It should be something that, directionally, is taking your company to where you’ve either seen pockets of success or certainly a need or demand in a market where you can be competitive,” says Goss. “There has to be a reason for them, and a reason for you,” he adds, “and it can’t necessarily be all about the almighty dollar. It’s much more important that the entire company fits together culturally. ”

In the case of PSS, that means respecting the infrastructure of an acquired company through a proven integration process. “When we do acquisitions, while management and direct functions shift to PSS corporate, we still prefer to stand up acquired companies as a wholly owned subsidiary,” says Goss. “By doing that,” he says, “we don’t have to mess with their benefits, we can take the time to ensure we’re taking the appropriate steps – because, ultimately, it’s about people, not contracts.”

That approach has translated into solid retention. “Every single acquisition that we’ve done, except for one, has resulted in the owners continuing with our company,” says Goss. This has prompted personnel to follow suit and remain as well. “Last year 18 percent of our intelligence workforce rotated into different or new contracts – not because they had to but because there were now opportunities for them to do so,” he says.

Most recently, a united PSS team has secured several key contract wins, including an FBI procurement contract. Through this five-year effort, PSS will provide support and subject matter expertise to 24 FBI divisions in 56 offices, including those overseas, in the areas of acquisition policy and procurement support.

Other key wins include a prime contract award with DARPA to provide program and financial, scientific and engineering assistance; as well as a new contract providing senior financial expertise to ODNI, along with designing the development of policies and standards for all intelligence community agency audits.

In the midst of these contract wins, PSS continues to position itself for further growth. “You can expect us to continue on the path we set out on two years ago,” says Goss.

Does that include more acquisitions? “Absolutely!” says Goss, “we are still in the thick of it — and charging forward — at 110 percent.”