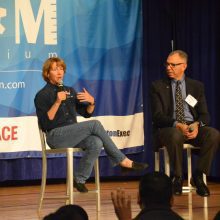 Magnus, who works as the Executive Director of the American Institute of Aeronautics and Astronautics (AIAA), seeks to expose the young students to the possibilities open to them by studying math and scientific fields.

She was born in a small Illinois town and identified herself as a curious child who always asked “Why?”.

“Sometime in middle school, I latched onto the idea that I wanted to be an astronaut and fly in space. … I didn’t know what the path was, but I knew that I wanted to do it,” Magnus said. “I think one of the fun things about being with NASA what that I continually got exposed to and learn new things, and getting exposed to all these new things that I never knew existed.”

She spent a total of five-and-a-half months in space over three different flight missions.

“You engage thinking one thing, then once you get involved, you learn there’s so much more out there. If you have a goal, a dream, you certainly need to pursue it. It might take some time and lot of hard work, but if you do what you love, it doesn’t really seem like work,” Magnus said. “I had no idea if I was going to be an astronaut or not, because why would a person like me get to go into space? So if you have a dream, go for it. Don’t doubt yourself; you can do anything you can imagine.”

Born in Stockton, Calif., James grew up with a fascination in airplanes and a curiosity in chemistry.

“One of the reasons I love working at NASA is that there are very smart people who work there,” he said. “One of the highlights of my career was giving a talk to a group of undergrads at UC-Berkley. After the talk, a young woman come up to me and said, ‘You came to my seventh grade class, and now I’m graduating with two [science-related] degrees.’ If you have the opportunity to show up and have an impact on someone else, that’s really powerful. And that’s why I love working with this agency.” 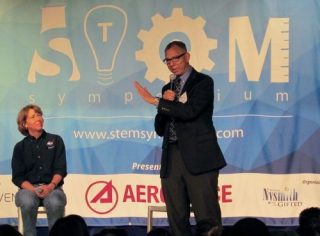 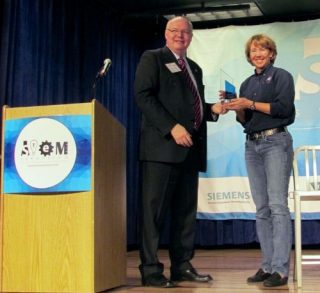 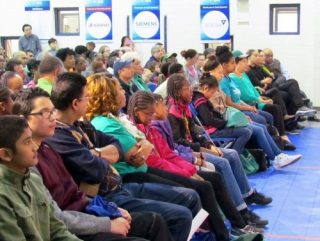