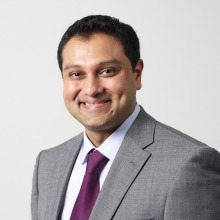 Octo Consulting Group (Octo) has been awarded a two contracts: one through the General Service Administration (GSA) and the other through the U.S. Securities and Exchange Commission (SEC).

“Whether it’s supporting internal solutions like FEDPAY, citizen-facing programs like Data.gov, FedRAMP, or the myriad of other digital initiatives that GSA manages, the agency requires systems that are flexible, agile, and secure,” said Octo’s President and CEO Mehul Sanghani. “GSA has proven itself as a leader in the federal government in the adoption of performance improving and cost saving digital technologies. We look forward to partnering with GSA to extend and expand on these development and deployment efforts that are a lynchpin of the 21st century government.”

Octo is one of the five awardees of the GSA’s Technical Support Services (TSS) Blanket Purchase Agreement (BPA). The TSS BPA will last five years and operate under a budget of $500 million. TSS BPA awardees are tasked with modernizing the GSA’s IT systems by providing agency and citizen based tools and services as well as e-government programs. Other responsibilities include full lifecycle of IT application development and deployment, systems administration, and information systems security. The other TSS BPA awardees are: Aquilent, Booz Allen Hamilton, CGI Federal, inQbation, and Rock Creek Strategic Marketing.

Octo’s second contract is with the SEC’s Indefinite-Delivery, Indefinite-Quantity (IDIQ), Business Management Office Support Services (BMOSS). The BMOSS IDIQ contract will also last five years and operartes with a budget of approximately $250 million. The BMOSS IDIQ contract was awarded to nine companies in total, each given the responsibility of assisting SEC management services and development project by ensuring compatibility of existing architecture with new systems, managing risks and roll out process, and supporting and guiding project implementation.