You are at:Home»Execs to Know»Exec Moves»Rob Carey Joins Vencore as Vice President of Navy and Marine Corps Programs 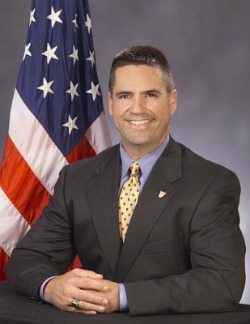 On June 9, 2015, Vencore Inc. announced that Rob Carey was appointed vice president of the company’s Navy and Marine Corps programs. He will work within Vencore’s Defense Group under the leadership of Vice President and General Manager John Sutton. Carey is now responsible for system integration as well as data research and analytics for Vencore’s Navy and Marine customers.

“Rob’s leadership and expansive experience in DoD are both exciting and highly valuable to Vencore and our customers,” said Vencore preside and CEO Mac Curtis “The Department of the Navy is one of Vencore’s largest customers and adding Rob to our team positions Vencore to better align our services and solutions with the Navy’s global strategy.”

Before joining Vencore, Carey was in charge of the Computer Sciences Corporation’s (CSC) cyber security. In addition Carey spent over 30 years working in the United States Military, most notably within the US Department of Defense where he was principal deputy chief information officer. Carey has served in the Naval Reserves as a captain in the Civil Engineer Corps.