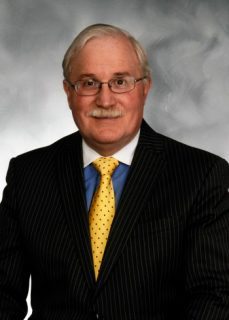 With its ability to draw large amounts of data from everyday appliances, the Internet of Things has always been a balancing between performance optimization and personal privacy. This concern has only become more apparent in when handled by the federal government.

The U.S. government will only grow more reliant on the IoT applications and devices, and so the concern needs to shift from resisting the IoT to accepting and understanding its intricate system- improving its flaws internally while embracing its ever growing potential. Vencore’s Chief Technology Officer Barry Barlow, considered an expert on defense technology, gave WashingtonExec his take on what he calls ‘data at the edge.’

WashingtonExec: How would you describe the Internet of Things? How do you plan on preventing it from becoming another buzz word in federal IT?

Barry Barlow: You will see the term ‘internet of things’, ‘internet of everything’ or another term that is starting to emerge is ‘data at the edge’. The reality is that a fundamental, irreversible architectural shift has occurred– there is a worldwide population of 7 billion people, and they are connected to 5 billion devices. In just two years, this number will rise to 10 billion devices. I think we have crossed the chasm, so to speak, that this idea of connectedness and device content originating “at the edge” is just something that is not going to change.

WashingtonExec: How would you describe the connecting architectures of big data, mobility and the internet of things? Do you see the Internet of Things as a disruptive technology or merely an extension of mobility?

Barry Barlow: When you look at devices that create content, mobile devices are certainly the largest component of the internet of things today, accounting for 60% of all connected devices. Cisco, in its annual virtual network index, stated that mobile traffic will grow globally by about 60% between 2013 and 2018. Compared to a fixed network, that is three times more than what is going to originate from our traditional PCs or laptops. Automobile traffic is going to grow at about 10x over that same period. As a result, content data is going to double this year as our cars become more a part of the internet of things universe. 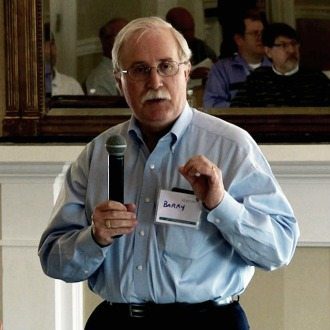 WashingtonExec: Building on your last response, some experts believe that one day you will not have to use the google search function, but instead search engines will be able to predict what best to search for you. Have you heard of this before?

Barry Barlow: I think that it is actually a segue into the topic of privacy. How does data find you? Data finds you because it understands what your preferences are and it understands what your previous search history was. By looking at the history of what you have done, these programs can predict what you are going to do in the future and then that targeted data will find you. I believe we will see this process more and more.

Shopping malls are not putting free Wi-Fi in because they like us. They are installing it so that they can use our data to predict what we like and entice us with coupons and alerts that appear on our phone while we are shopping to get us to buy items. I do believe that this is a very real phenomenon that is only going to get more significant going forward.

WashingtonExec: The CIA and the DoD have developed formal and informal IoT working exploratory groups. How do think IoT will shape the defense and intelligence community industries?

Barry Barlow: The Pentagon believes that 2015 will be the point in history that takes our military into

this “net-centric” warfare environment. They have a program called Land Warrior aimed at integrating the small arms that they carry with high tech equipment so that you can take the global command and control aspect abroad, as opposed to using the traditional joint task force model that we see today. It is also a way that they intend to leverage the internet of things concept for soldiers by allowing them to coordinate and provide more up-to-date battle status to the command center. You have these heavy military networks that are dispersed across the battlefield—they allow soldiers a greater deal of autonomy by linking to UAVs and other remote guided systems.

Similarly for Intelligence Community, the technical ability to capture information on people’s activity really far exceeds that of decades or even years ago. You now have the ability to find greater granularity on tracking people from point to point if they have any digital footprint at all. We have all of this content and even more content being created but we need the algorithms to analyze that and a policy that does that without tripping over the privacy issues that everyone is concerned about.

WashingtonExec: Adding new security measures or bringing new IoT gadgets onto government IT infrastructure will not be free. How do you think the federal contracting community can keep the government moving forward with a limited number of dollars?

Barry Barlow: As the government considers its role in regulated industries such as utilities, it needs to define- the standards of how this data should operate and develop a policy that addresses what can then be done with that data. Privacy is not so much a technology issue – it is really a policy issue that has to be debated. I think we are early enough in the stages of a lot of these areas that we can come up with smart policy to keep things moving forward.

WashingtonExec: What IoT devices have you dabbled in either for work or in a personal capacity?