You are at:Home»Execs to Know»DHS Senior Advisor Craig Chambers Discusses How the Federal Government is Keeping Up with the Fast Pace of Innovation 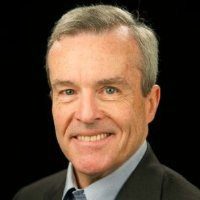 As technology continues to evolve and change with an even faster clip, the federal government must find new ways to keep up with this pace of innovation. WashingtonExec spoke with Craig Chambers, the Senior Advisor of Commercialization for the Science & Technology Directorate of the Dept. of Homeland Security on his role at DHS, how the government is working to better engage with the business community and the challenges of the long budget cycle.

WashingtonExec: What were your original aspirations by attending the U.S. Naval Academy and studying ocean engineering?

Craig Chambers: I come from a family that emphasized the importance of military service, so there was little question that I would be going into the Navy. The opportunity to attend the Naval Academy came unexpectedly, but I immediately knew it was the right choice. I’ve always been a knowledge sponge, and ocean engineering provided an opportunity to mix a lot of science and engineering disciplines, from acoustics to materials to nuclear physics.

… We have to adapt new ways to engage the business community that don’t look at all like the slow, cumbersome procurement practices that everyone associates with government.

WashingtonExec: What drew you to work in the public sector after so many years in the private sector?

Craig Chambers: After six years as a venture-backed CEO and a few more before that leading a technology spinout, I had been working on building Zone214, a non-profit “social learning platform” to teach veterans how to make a more successful transition to civilian life. After we launched Zone214, it no longer took up 110 percent of my time, and I started looking for something interesting to do next.

My previous consulting career had been focused on innovation management, and a conversation with a former colleague who was working with DHS leadership told me that they were looking for some help on exactly that topic. A series of conversations ensued and after several months, S&T was able to bring me aboard.

WashingtonExec: What are your day-to-day responsibilities? What drew you to the role? What do you find most challenging about your role?

Craig Chambers: My principal role is to bring a private sector perspective to the way we run our R&D programs. Under Secretary Dr. Reginald Brothers has been emphasizing the need for government to recognize that the sources of innovation are a lot different than they were 20 or 30 years ago. So we have to adapt new ways to engage the business community that don’t look at all like the slow, cumbersome procurement practices that everyone associates with government.

I work with our project managers and internal services groups to update our practices and experiment with innovative tools that are also being developed by some of my counterparts in other agencies. The most challenging part of the job has been learning to understand the perspective of people who in many cases have no exposure to how a business works or how business people think. We are hopefully each teaching the other a new vocabulary and a different way of approaching problems!

WashingtonExec: What do you foresee as your largest challenge during the coming months?

Craig Chambers: The greatest challenge is the long budget cycle. In a world where entire new generations of technology arise every year or two, we run the risk of chasing solutions that are obsolete by the time we can fund them if we only use the traditional means of planning and contracting. But as we have been finding, there are a number of tools that Congress has made available to government R&D organizations that if used properly can radically speed up the process.

WashingtonExec: What are your goals for your directorate for the next 12 months? 3 to 5 years?

Craig Chambers: Dr. Brothers has just released a new five-year strategic plan for S&T that answers that question. In the short term, I will be helping to pilot the practices that will fulfill his vision of transforming our approach in a way that will “serve as a model for Federal R&D”. The five-year challenge will be to fully embrace these new practices as an organization so that they become our normal way of doing business.

WashingtonExec: We’ve heard about Under Secretary Dr. Reginald Brothers’ effort to “re-invent the way S&T does R&D.” How is that being implemented?

Craig Chambers: Since joining S&T last year, Dr. Brothers has led us to “open our aperture” for finding technology solutions for our customers in DHS, the first responder community and the operators of critical infrastructure. Using new tools for industry outreach, he has been implementing that vision and investigating new ways of engaging with the private sector.

For example, last summer’s “visionary goals” exercise used crowdsourcing to gain stakeholder perspective on long-term goals for the research and development agency. Looking 20 to 30 years out, S&T asked what people believed the agency should be trying to achieve. What began with drafts of four goals, ultimately developed into five critical technology themes that will prioritize our R&D efforts. And we just launched two projects, a prize competition and a business accelerator pilot to test our ability to engage “non-traditional performers” – innovators who may never have done business with the federal government before.

WashingtonExec: What are you finding as you interact with your colleagues in other agencies?

Craig Chambers: I think the good news for your readers is that government innovation is not an oxymoron. There are experiments going on across the board to break out of the long procurement cycle box that misses emerging technologies and builds obsolescence into our R&D programs.

WashingtonExec: What are some examples?

Craig Chambers: To name a few: the National Science Foundation is expanding its Innovation Corps (“I-Corps”) concept to turn government-funded research into actual startups; the Defense Intelligence Agency has launched the online “Needipedia” platform to communicate the intelligence community’s needs and quickly turn around contracts with companies that can meet them; NASA has built an “open innovation” program for virtual collaboration with industry and academia on human health and performance challenges during spaceflight; and the White House Office of Science and Technology has convened a Lab-to-Market team that is meeting regularly to capture and share best practices.

WashingtonExec: What is the status of the (prize, accelerator, visionary goals) initiatives?

Craig Chambers: The results of the visionary goals exercise led us to establish a set of high-level technology programs, called “Apex” (not an acronym; just meaning “peak”) programs, that will unify our development efforts around key themes in the next three to five years. Examples of these are “Screening at Speed”, “Border Situational Awareness” and “Next Generation First Responder.”

In March, we launched our first prize competition. This one will be seeking new solutions to the difficult challenge of keeping track of first responder team members inside of buildings. We also announced a pilot program to test business accelerator models as a way to connect with the startup community. The pilot is focused on wearable tech, where we hope to engage directly with entrepreneurs who are working on things like physiological monitoring, mobile communications, and personal protective materials and equipment.

WashingtonExec: What are the next milestones for the accelerator?

Craig Chambers: Our partners at the Center for Innovative Technology in Herndon, through a commercial competition, chose two established incubator/accelerator organizations to run their program for a set of up to 20 start-ups. The organizations are Tech Wildcatters of Dallas and TechNexus of Chicago. Applications for positions in the class, which will start on June 8, are open now. The program will run through the summer and end with “demo day” in September.

WashingtonExec: What else can we expect to see in the coming year?

Craig Chambers: You will see more and more evidence of cross-pollination of tools and ideas. You will see more from S&T in outreach to focused technology communities as the Apex programs come on line, and greater use of some of the contracting tools for non-traditional performer engagement that are available to the department but that we only exercised to a limited extent until now.