You are at:Home»News»WashingtonExec’s Weekly E-Magazine: News You Need to Know 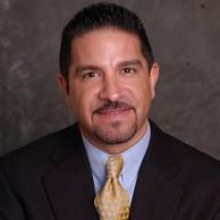 We might be approaching the busy holiday season, but the news hasn’t slowed down. Thanks to our WashingtonExec Weekly E-Magazine, you can still keep track of all the latest shakeups in our industry. Here’s what happened the week of Dec. 8, in case you missed it:

In this week’s issue of RollCall, you’ll learn which five people have new jobs and the seven who are celebrating a workplace anniversary.

The Obama Administration announced new initiatives in an effort to improve the federal acquisition process.

We also spoke with Suntiva President and CEO Hany Malik, who shared his unique, and very personal, mission to run a company with the core values he learned from an early age, as well as tips for completing the 8(a) program successfully.

For all of this information and more, read this week’s e-Magazine in it’s entirety here.