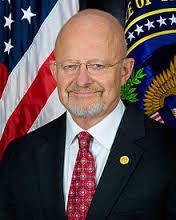 They will be among dozens of current and former government leaders scheduled to take part in the discussion at the Omni Shoreham Hotel. The unclassified event is co-hosted by AFCEA International and the Intelligence and National Security Alliance (INSA).

“As nonprofit, nonpartisan, public-private organizations, AFCEA’s and INSA’s ultimate goal is to promote and facilitate the best, most substantive opportunities for dialogue within the national security and intelligence communities. This is a don’t-miss event for the government, industry, academia and the media,” Maureen Baginski, summit co-chair and AFCEA Intelligence Committee chairwoman, said in a statement.

“The summit promises to offer incredible insights into how the intelligence and national security communities are addressing today’s threats as well as preparing for future challenges. We are so pleased to work with AFCEA to bring national thought leaders from the public, private and academic sectors together for these important and timely conversations,” Ambassador Joseph R. DeTrani, summit co-chair and INSA president, said.

Summit participants will have the opportunity to attend five plenary sessions and choose from 16 breakout sessions in four tracks: Cyber, Strategic Assessment, Technology and Intelligence Imperatives. Each session will examine specific capability and investment priorities in domains that are essential to effective, transparent and accountable intelligence operations today and in the future.