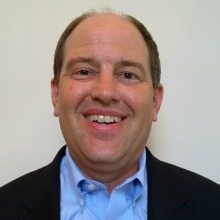 Developing the kind of talent that can navigate the government contracting industry successfully takes a great deal of engagement skills and leadership experience. Fortunately for Medical Science and Computing (MSC), the company’s Vice President of Human Resources, Jack Jackson, has both of these in spades. With 18 years of human resources experience and six-and-a-half years as a U.S. Naval Officer under his belt, Jack has a lot of insight into these topics, which apply to any contractor, regardless of which agency it serves or what expertise it offers.

WashingtonExec recently sat down with Jack to pick his brain about developing the level of talent that can help contractors stand out from the pack. And, you might be surprised by his advice for engaging employees during a tight economy. Our conversation is below:

The Art of Employee Engagement

Government contractors aren’t just competing for bids – they’re competing for the best and the brightest employees, too. Jack understands this truth, and he is focused on making MSC the most attractive option for potential employees. “One of the things that MSC prides itself on is knowing our employees,” he said. And, at MSC, employee engagement is a top priority throughout the organization. “MSC’s engaging culture is driven from the top by our CEO, Haley Esser, who is passionate about delivering and exceeding our client expectations while supporting our employees with a personal approach,” said Jack.

Clearly, their strategies are working, as MSC has grown from 170 employees when Jack took over HR in June of last year, to a company almost 350 employees strong today. “We are excited about that, but what we’re most excited about is maintaining a small company feel, that entrepreneurial spirit of the company, which allows us to engage our employees,” Jack explained.

We asked Jack to provide specifics on how he keeps MSC’s employees engaged, especially since many of them arrive at MSC with future plans to work in government labs or at related agencies like the National Institutes of Health (NIH).

“We try to have continual events throughout the year,” he said. “It may be something as simple as having our program managers deliver cookies and holiday chocolate bars to employees during the holidays. And, throughout the year, we have lunch events with our employees.”

Sporting events offer additional opportunities to add some fun to the workweek. “We do a summer picnic, usually in conjunction with a Nationals game, and we also do some smaller team events for our program and corporate staff,” Jack said. “For example, when the World Cup games were on, we did a pot luck where different folks from the office brought in dishes from various countries represented in the soccer games. It’s these little things that connect everyone to what MSC is all about and makes them feel part of a company and its mission.”

Making employees feel like part of the company is essential in the world of contracting, where multiple firms might be working with the same agency. “With government contracting, a lot of employees stay with the same agency, but their company might change,” Jack explained. “So we want to stand out as an employer of choice. We offer an incredible benefits package, and we take a little less on our margins because of that. We want our employees to be attracted to us as a place that really cares about them first and what they can do instead of being just another name on the contract.”

Ideally, companies in every industry would be able to provide fun and engaging opportunities for their employees, to build a strong culture and to keep workers happy and productive. Regardless of how healthy a company’s balance sheet is, however, government cutbacks have led to contractor cutbacks, and employee engagement programs have often been the first to go.

Not so at MSC. In fact, Jack explained that not only has his company refrained from cutting in this important area, but it has actually increased the number of activities to make employees feel even more connected to the company. And, the engagement strategy doesn’t stop with Christmas parties and company picnics, either. According to Jack, MSC truly invests in its employees’ careers and strives to develop their potential.

“It’s not just sending them off to an Executive MBA program, it’s really trying to map out their career in a way that gives them the opportunity to develop their leadership,” he said. “We place a lot of emphasis on cross-functional assignments, in encouraging employees to participate in other functional areas beyond their own. For example, as an HR professional, if I were to step outside of my area and maybe write a proposal for the business or become engaged in a sales-oriented activity, or even visit the program site, these activities would help me to understand better the company’s mission and what other employees are doing on a day-to-day basis.”

According to Jack, communicating clearly and openly with employees is also key to helping them along their career paths. “We live in a world where people become impatient about their careers. They want to move up, but they don’t understand sometimes what it takes to be successful at that next level,” he said. “Having those one-on-one detailed discussions with our employees so they can understand what they need to do in their current role so that they will be successful when they move up is critical.”

For a seasoned HR professional like Jack, winning smart people is as important as winning big contracts. “I think the focus needs to be on the people because that’s the constant, especially with government contracting,” he said. “The people in their particular roles really make or break the company. There’s so much emphasis on winning new work. You really win work by showing solid past performance, and also by showing that you can deliver and you have the subject matter experts – by showing that you have the right people on your team.”

Giving Back to the Community

One such cause is the Smart Sacks program, for which the MSC team provides food for a lunch program in Montgomery County that allows lower income children to have lunches as well as some extra food to take home to their families. “We’ve participated in this program for several years, and it’s very good team-building event for our corporate office,” explained Jackson. “We’ll typically take two Mondays a month and have a work party where we’re stuffing lunch bags for needy school children for an hour.”

MSC also supports the missions around their largest client, the National Institutes of Health (NIH). The company supports a large gala hosted by NIH that raises funds for their charitable programs related to healthcare.

Of course, as a company in the healthcare industry itself, MSC’s charitable partnership with NIH is a natural fit. But, MSC also strives to work with causes that are of interest to its employees so they can participate in personally meaningful charity work. The company works on projects that vary from supporting the arts to assisting a hockey program for people with disabilities.

As an HR professional, Jack focuses on developing talent for MSC and previous employers. But I wanted to know how Jack developed his own leadership skills, too. “I’ve been blessed with a couple amazing opportunities in my life,” Jack said. “I was able to go to the Naval Academy, and then I spent six years of active duty in the Navy, where I was thrown into large leadership challenges at a young age. Right out of the Naval Academy, I was on a ship, and within a year I was leading up to 50 people with large responsibilities. So I’ve been really fortunate with a lot of opportunities for leadership” 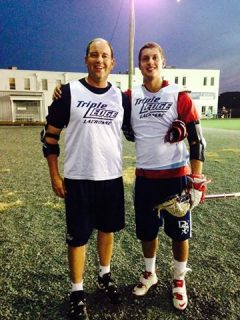 Jack Jackson with his son

When Jack got out of the Navy, he spent eight years working at General Electric in human resources, where he developed leadership programs and encouraged employees to attend these programs and refine their own leadership skills.

“I would say that leadership is a combination of learning some of the basic tenants of leadership, having some predisposition to want to lead, and wanting to impact others,” said Jack, regarding what he’s learned over his career. “But it’s also in large part about gaining experience and what experiences you throw yourself into that challenge you. It’s really about taking that hard assignment, taking on the most difficult problems that an organization might be facing, and then putting your stamp on those and learning from that experience.”

“My advice for aspiring leaders in government contracting is to look for opportunities where they can develop their personal leadership approach while learning from others and learning from the opportunity that’s in front of them,” said Jack.

Jack also leads a family with six kids – ranging in age from a four-year-old to two college students. “They keep me and my wife, Laura, pretty busy,” he said.

However, Jack has found a way to combine his involvement with team-oriented sports (he is a lacrosse coach) and spending quality time with his active family. “I actually had the opportunity to play lacrosse on the same summer league team as my college age son, which was a great opportunity for me to spend some additional time with him,” he said. 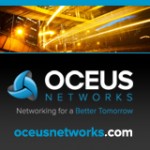