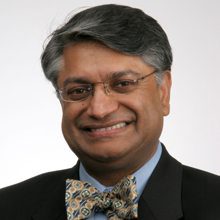 “We are thrilled to support the FAA with its goal to reduce cost through their consolidation efforts,” said SUBSYSTEMs chief executive Sam Malhotra. “This nationwide logistical effort helps ensure that the FAA can accomplish its mission of providing a safe, secure, and efficient National Airspace System,” he said.

The company won a General Services Administration contract earlier this month under a 10-year, $60 billion multiple-award task order agreement. Read about that here.