You are at:Home»Events»Truth Be Told: National Honesty Day Necessary Year-Round 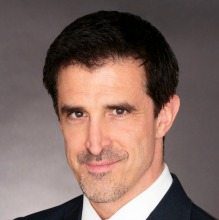 Let’s be honest. After all, National Honesty Day took place this week on April 30, and it shouldn’t be relegated to just one day, according to author, speaker and honesty expert, Steven Gaffney.

The holiday was created so the month would end with a focus on honesty after beginning by encouraging deceit on April Fools’ Day. M. Hirsch Goldberg, a former press secretary to a Maryland governor, came up with the idea in the early 1990s.

The holiday challenges people to evaluate just how honest they are, and according to Gaffney, people may be surprised by their findings.

A survey of 1,000 adults reported in James Patterson’s and Peter Kim’s book, “The Day America Told the Truth” found that 91 percent lie routinely.

Gaffney, who wasn’t surprised at the result, noted, “The other 9 percent probably lied when surveyed.” According to Gaffney, open, honest communication is often the antidote to the hidden costly problems that inhibit organizations’ teamwork, collaboration, innovation and growth.

“Lying is not just about making false statements,” he explained. “It also encompasses everything that is conveniently left out, avoided or withheld.”

Gaffney said that his nearly 20 years’ experience advising top government leaders and Fortune 500 executives on increasing the bottom line through open, honest communication has shown him the mounting costs of such withholding.