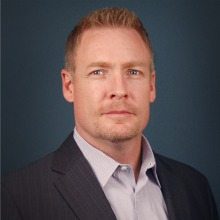 Rob Franklin co-founded Morgan Franklin Consulting in 1998 and now sits on the firm’s Board of Directors where he advises, directs and provides vision to the company.

The company has a history of fulfilling corporate social responsibility efforts with the American Heart Association and today Franklin serves as the Deputy Chair for the upcoming Greater Washington Region DC Heart Ball.

Franklin, who initially involved himself with the AHA after his daughter successfully recovered from a serious heart condition, due in large part to AHA-funded research, spoke to WashingtonExec recently about his Deputy Chair involvement with the Ball, the “Open Your Heart Campaign”, and how the event has changed during the past few years.

This year’s black-tie ball is set to take place at the Mandarin Oriental Hotel on Feb. 22 and will unite physicians, healthcare, corporate and community leaders in an event aimed at saluting the AHA’s mission to promote healthy lives free of stroke and cardiovascular disease.

The group has a little under a week left to reach its $1.5 million fundraising goal for the event to benefit research and victims of the aforementioned illnesses that are currently the leading cause of death among women, men and children.

WashingtonExec:  What made you want to get involved with the DC American Heart Association specifically and take a leadership role with the DC Heart Ball?

Rob Franklin:  My involvement started through the corporate social responsibility efforts here at MorganFranklin Consulting.  In the initial couple of years, my involvement was really primarily focused on supporting the organization through the company and then, about two years into it, one of my daughters was diagnosed with a serious heart condition.

“The event was a catalyst, and my wife and I decided that we would dive feet-first into supporting the AHA as best we could.”

She was successfully treated but that treatment was the direct result of research funded by the AHA. It was also at a time in my life when I was looking for a charitable organization to get more strongly involved in. The event was a catalyst, and my wife and I decided that we would dive feet first into supporting the AHA as best we could.

WashingtonExec:  Is this your first year of being Deputy Chair?

Rob Franklin:  It has been a progression. I started out making personal donations and then through the company supporting the efforts. Next, I supported the “Open Your Heart” Campaign by serving on and eventually chairing the committee for a few years. I have also joined the Greater Washington Area Board of Directors for AHA as well. Over the years I’ve become more actively involved in the organization. It’s a great cause.

WashingtonExec:  Can you tell me more about the “Open Your Heart” Campaign? How long has the program been running and what kind of a role is it going to play in the actual event this year?

Rob Franklin:  It has probably been going on for the last five years. It’s a specialized campaign that focuses on things that the Heart Association wants to highlight for that year. In years past it has been issues like childhood obesity and this year the Heat Association is fighting for the guarantee of pulse oximetry testing – testing which measures the oxygen saturation in the blood of newborns – prior to discharge from a birthing center. The test is not invasive as it can be administered merely on the baby’s fingers. It helps them to identify congenital heart defects early on and could save countless lives of babies that otherwise they wouldn’t be able to detect this issue. That is this year’s focus and every year we try to find a story that brings home a personal story from someone. This year it is Dylan Coleman and his story about how his saved his life in part by this simple test.

WashingtonExec:  I feel like everyone that is involved with the campaign of the American Heart Association has some type of personal story just in terms of heart disease and things along those lines.

Rob Franklin:  You know, heart disease and strokes are the leading causes of death among women, men and children of all demographics. At some point in all of our lives we will be affected and that’s why I believe it is such an important organization to get behind.

WashingtonExec:  How is the fundraising going for you all this year? Are you on track to meet your goal? What are you looking for from industry?

Rob Franklin:  We are a bit behind on our goal this year especially being in DC with the federal budget cuts – that’s causing a lot of companies to tighten their belts. Our goal is $1.5 million this year and we’re working hard to get there. We do have a gap to close. We are asking business leaders, community leaders and everyone in the area to support the cause. They can go to DCHeartBall.com and they can make a cash donation, donate something for one of our auctions, buy a table and attend the event or individual tickets.

WashingtonExec:  In recent years have you seen a shift in terms of who the sponsors are and who in the community is working with the Heart Ball? Is there a shift from less government contractors or more technology focused firms? Are you looking at different ways to find champions in our area?

Rob Franklin:  I haven’t seen that kind of a shift. There has been a move to DC. In the past the Heart Ball was based out of the Tyson’s area. In the last couple of years we have moved it down to DC: we wanted to be more centralized in order to be more inclusive of businesses located in the DC region.

“We do have a gap to close. We are asking business leaders, community leaders and everyone in the area to support the cause. “

Another shift has been the ease in donating – in the past there was a form to fill out and fax it in and with everyone’s fast paced lifestyles especially in this region it is very difficult for folks to do that. We wanted to make it easier so now we have the website DCHeartBall.com and in two minutes you can go on there and make a donation, become a sponsor and buy tickets.

WashingtonExec:  Is there something different this year with the Ball that you are looking forward to?

Rob Franklin:  I look forward to every year! It is just a lot of fun. My first time at the Ball my takeaway was that it really was so much fun. It is a great night out with your significant other; you get to get dressed up and have a night out on the town. We’ve got some amazing auction items that I think will be of interest. We have a National Geographic trip to the Galapagos Islands which is pretty amazing. There is also a once in a lifetime trip to ride in the Goodyear Blimp. You can’t just call up the Goodyear Blimp guys and say “Hey, I want to go for a ride”. It’s something we have. It’s a lot of fun because you get a lot of interaction going on in the room. With the silent auction we have technology that we use with iPhones so you can make all of your bidding through that and do things like counter other people’s bids or protect your bid. There is also dancing and celebration. There is great live entertainment and music by the Mustang Band. Because we are at the Mandarin Oriental Hotel we’ve got a theme that will incorporates the Asian culture so there will be traditional Asian performances and entertainment going on. We’ve got heart healthy Asian fusion cuisine so it’s really looking to be a really fun night.