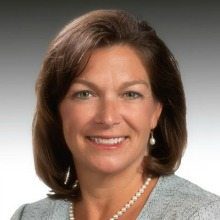 DeEtte Gray, President of Intelligence & Security at BAE Systems, recently participated in a discussion on how both the public and private sectors can advance STEM education. U.S. Army officials and more than 30 directors, executive directors, CEOs and other national leaders joined Gray in the discussion.

A former North Carolina school teacher, Gray recalled her interest in STEM as a child. “On weekends, you’d typically find me doing science experiments in my backyard,” said Gray. “In those days, girls weren’t supposed to be good at math and science.”

Sally Ride, the first American woman to travel to space, and a good education are both credited with elevating Gray’s interest in pursuing a STEM career. She later went on to earn a degree in math and science at North Carolina State University. “I wanted to ignite that same interest in STEM that my mentors gave me,” said Gray.

She continued, “STEM skills are central to almost everything we do. We have to reach the children and capture their hearts so they’re interested in math and science. I need that pipeline of talent.”

The U.S. Army coordinated the event, which was held at Fort Myer in Arlington, Va. and is aware of the consequences from a lack of STEM education in its STEM recruiting. According to a Pentagon report, of the 39 million young adults in the U.S. ages 17 to 24, the Pentagon reports that 75 percent do not qualify to join the U.S. military because they cannot meet the physical, behavioral, or educational standards for service. The Army says it is expecting to have 2.8 million STEM job opportunities by 2020 based on growth and retirements.

“We all need to engage our nation’s young people through STEM-related education and outreach programs,” said Gray. “These efforts are vital to our physical security, our cyber security, and are imperative to our country’s ability to maintain its position as a global leader in innovation.”