You are at:Home»Execs to Know»Government Contracting & Family Business for the Alderson Clan 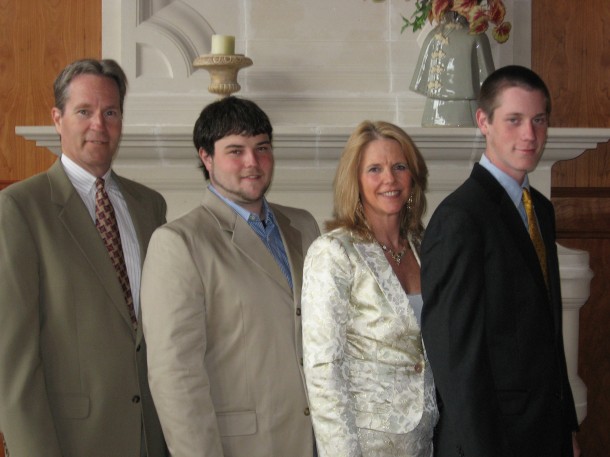 A family that works together, sticks together. At least, that’s the case if you’re the Aldersons.

Dick, Deb, and oldest son William (“Bill”) Alderson are part of a government contracting family. They may not all work for the same company (though that’s something they don’t rule out for the future), but they’ve helped shape and pave the way for one another within the industry.

Take mom and dad Alderson, for example, who are not at all new to the federal IT-sphere. Dick Alderson has been with EMC Corporation for the last fourteen years. His wife, Deb, is currently the COO of SRA International.

Deb Alderson kickstarted her career in government contracting as a GS 4 clerk typist for the Navy Material Command fresh out of graduate school, but it was only up from there. She moved through several roles of increasing responsibility with Advanced Technology, Techmatics, Anteon, SAIC, and now SRA International.

Her husband’s first gig out of grad school was as an Account Executive in Government Communications for AT&T. Dick continued his work in the government market with various positions at ROLM Corp, IBM, Isotec, and Executone Information Systems. Now, he focuses on Strategic Program Development and Capture at EMC, working with the company’s sales teams, Federal System Integrator Global Account Teams, and the End User customers to “make sure EMC technologies and solutions are effectively positioned relative to the program requirements.”

So did it come as any shock to them when their eldest son decided to enter the business? Deb and Dick said Bill definitely exemplified certain traits that would make him a good fit for the industry.

“Bill was born a leader and driven!” Deb Alderson said. “Even as a young child he had a willingness to take on responsibility, especially when it came to his younger brother Jon and his friends. He has always gone out of his way to support and protect people. I thought he would be great in sales. He is charismatic and determined, great qualities for our business.”

But for Dick, it was one moment in particular that made him realize Bill, who has a take-charge type personality, was a fit for the business:

“Bill was a great kid, and has always been strong willed,” Dick said. “I realized he would be successful in business when I watched him ‘program manage’ his senior class trip to Myrtle Beach including: getting all the parents to sign the lease since the kids were minors; collecting deposits from those attending; booting out those kids who didn’t follow through with their deposits and replacing them with other kids; getting all the deposit money back after fixing the minor damage they caused; and distributing those deposits back to the kids that attended.”

Though Dick says he never thought about whether Bill would eventually enter the industry, he’s glad this is the route his son took, especially as it keeps him working and living in the DC area.

In fact, after Bill graduated and received two offers—one from a large company, the other from a small—it was dad Dick that weighed with him the pros and cons of both positions. With his Dad telling him that there would be less risk in a bigger company, but more experience in the smaller, Billy chose the latter option, which Dick is proud of him for doing. 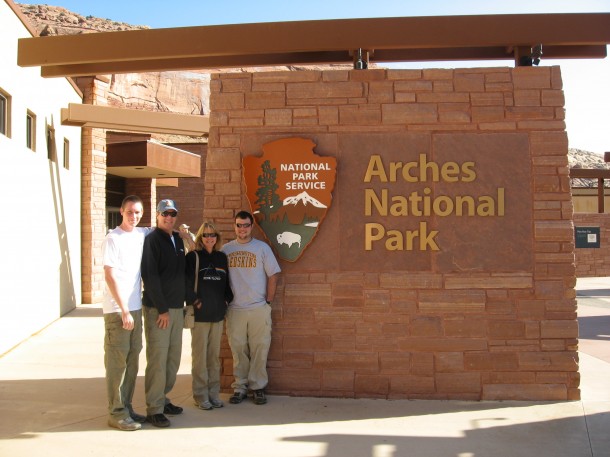 And there was no better person to turn to for advice when Bill wanted to enter the industry. His dad’s advice was to “work hard, take on as many assignments and as much responsibility as given, and do everything to get exposure and experience in different parts of the operation.”

Mom’s advice was to “always treat people as you would like to be treated, give it 200%, follow through on commitments, learn from leaders, and get out of your comfort zone.”

And this is advice Bill takes to heart.

“I know this is cliché, but my Mom is my rock,” Bill confessed. “We had a turbulent history while I was growing up because of our stubbornness. However, it has made us very close. She is the first person I go to when I need advice whether is it for work or my personal life. I’ve had a lot of moments where I’ve idolized my parents. They’ve done an incredible job of raising the bar so high that it feels impossible to reach it let alone surpass it.”

And Bill says his parents have definitely helped influence his career, especially in stressing “how education provides value when entering the work force and its importance in professional development.”

As a result, he committed to graduate school as the best way to prepare himself for his career. After completing his MBA, Bill entered government contracting with a recruiter gig at Insight Global, an IT employment firm which he says focused on hiring for federal contractors. Not that long later, he left for IntelliDyne, which Bill says “is where [he]really got to jumpstart [his]career in government contracting and business development.”

“Growing up, I was always influenced by my parents’ work,” Bill said. “Both of my folks worked demanding jobs in the federal space that bled into the home life. Ever since I can remember sitting at the dinner table or riding in the car, I have been exposed to the federal contracting world and its lingo. Although the seemingly endless ‘grown up’ talk was boring at the time, I didn’t realize the benefits it was going to provide me in my career.”

Although he grew up around two busy working parents in the same industry. Bill says he still “went through a number of phases” when it came to deciding what he wanted to do.

“The occupations that seem to stand out in my memory are police officer, racecar driver (I really pushed this one with my parents with no success), philanthropist (before I realized you have to make some money in order to give it away), and park ranger,” Bill recounted. “I still consider all of them dream jobs and perhaps one day when I’m comfortable enough I’ll maneuver my way into one of them.”

Though the Aldersons are passionate about their work, when it comes to downtime at home, the mindset seems to be very, “what happens at work, stays at work.”

“We actually avoid work at home; instead we talk about ‘fun family stuff,’ like planning weekends with our kids to include my wonderful daughter-in-law Dana, Bill’s wife who is also in the business,” Deb said.

And with a full-team of seasoned industry leaders under one roof, what’s the pressure on younger son Jon to join the field? 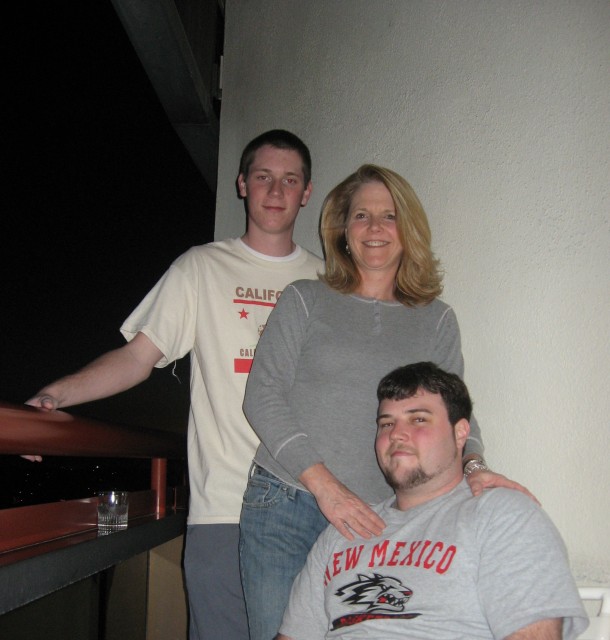 Though Deb says she thinks her husband and older son will one day work together, she wants Jon “to do whatever makes him happy” and that’s the same message she and Dick gave Bill. Deb says that Jon, who is majoring in Hospitality Management, will most likely have a job in that industry when he graduates this spring.

Bill, on the other hand, definitely sees a working partnership with his parents in the future and looks forward to developing his skills and making his own mark in the industry.

“I now understand why my parents are so passionate about what they do,” Bill said.

It looks like the future federal IT industry will need to watch out for the Aldersons.

WashingtonExec, in addition to profiling Mobilegov’s Tom Suder, has also profiled other families in government contracting, like the Curling clan, Dale Luddeke & Lindsey Littman, and the Downers. Keep checking back for future featured families in the industry.