You are at:Home»Execs to Know»Government Contracting & Family Business for the Luddekes 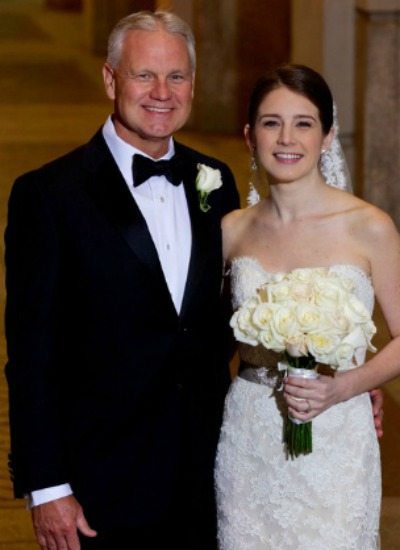 He was a rower. She was a lifeguard. Today, he’s Chief Growth Officer at TASC, Inc., and she’s a Senior Account Executive with Sage Communications.

His first job in government contracting though was as an Engineer, then Senior Engineer, at McDonnell Aircraft Company in St. Louis, Missouri in 1980. Luddeke recalls that over a nine-year period, he worked as a Sr. Test Engineer and then a Test Operations Manager, moving from St. Louis to Seattle in 1986. It was when he moved his family to Washington, D.C. in 1989 that Dale entered “a new phase” in his career: marketing and program management.

Sage Communications, the area’s largest advertising agency and one of the top five PR firms, is where Lindsey works. She is a part of the marketing/advertising division, and says her primary role is “to oversee the development and execution of strategic marketing activities and manage client relationships.”

Lindsey’s first job was as a lifeguard in her neighborhood pool, but rest assured, she didn’t jump straight from the pool to the world of federal contracting. Lindsey’s first “real job” was as a Marketing Specialist for NCR Government Systems in Germantown, Md. There, she helped support the company’s current contracts, assisted in developing outreach materials, and coordinated proposal responses. After a year, she went to Texas to work marketing for a commercial transportation company.

She says that to be honest, she always wanted “to be like [her]dad” though she didn’t think that would lead her into government contracting.

“I can remember thinking as a child that all the talk of proposals and contracts was so boring, and I would get so confused by all of the acronyms,” Lindsey said. “I think I even used to joke that it sounded like alphabet soup. Even up until a few years ago I thought I would stay away from the Beltway, but now it’s nice to be in this industry with him.”

Dad Dale echoes his daughter’s sentiments in saying he didn’t think Lindsey would enter government contracting, but can see why she’s a good fit for the industry. 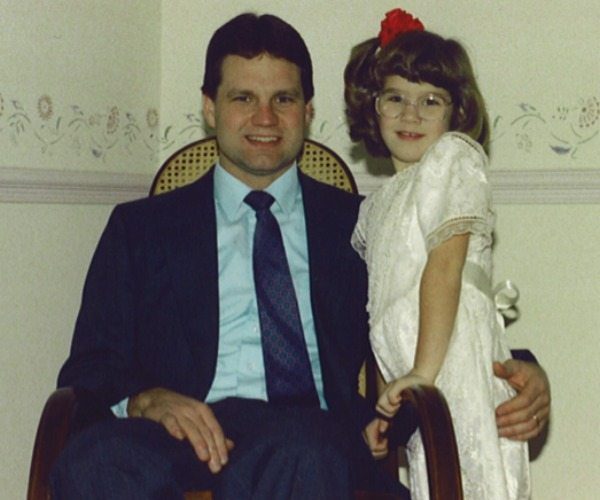 “Lindsey was a very curious child that talked early (and often), loved to read, play games, and laugh,” Dale said. “She was very quick to learn things, readily made friends and did quite well in school, and very early on she showed she could be independent. I cannot say I had ever thought of her being in this industry.

Regardless, I did feel she had what it takes to be quite successful no matter where she went or what career she chose. After watching for the past few years she seems to fit right in and I’m pleased to have her in the government support community.”

In fact, Dale says the only piece of advice he gave Lindsey when she entered the industry, and continues to give her, is to “be faithful, have humility, and work with passion.”

So is it hard to keep work at work at the dinner table? Lindsey says it isn’t, but work catches up with home eventually.

“When we get together, work is definitely not the first thing that comes up,” Lindsey said. “We all usually have other things to catch up on like family happenings, sports, the dogs… but works does sneak into the conversation after a while. It usually goes like this: one person asks about work, the other gives a cliff notes version of recent happenings, and vice versa. More often than not, [my Dad’s]one of my first go-to people for career advice or opinions on industry news.”

And as it turns out, sometimes the father-daughter duo find themselves at the same event without any prior knowledge of it. Just ask Lindsey who, in recounting one of her favorite government contracting stories surrounding her Dad, said,

“One week, both my dad and I called my mom to see if we could move a family dinner to later in the week because we both had work related events to attend the night it was originally scheduled. It turns out we were both attending the same event and had no idea the other would be there until we showed up. We had a good laugh over the coincidence and considered it a good opportunity to catch up.”

But on a more serious note, Lindsey told us that she is so proud every time her Dad comes up in conversation (and print!):

“I’ve had opportunities on a regular basis to read or hear stories about my dad, and every time I have a huge rush of pride at what he’s accomplished or helped to accomplish,” Lindsey said. “It’s no surprise to me though. I think he’s awesome. He’s pretty much the same person at work as he is at home, which speaks volumes about the quality and consistency of his character.”

Dale has just the amount of pride and love, if not more, in talking about his daughter.

“Lindsey developed a liking to working under pressure,” Dale said. “I first noticed it with school projects when she would inevitably wait to get started (to our frustration, of course) and then seemingly crash to get projects done in time. She still got the projects completed and did so while doing sports and achieving very good grades.

Turns out she is an exceptional thinker and efficient do-er, and she cares greatly about getting it right. She would always start when she was ready and finish at the wire with good results. At one time, she told me it was because she would not start until she had it all in her head, then the adrenalin and passion would kick in and everything would come together at once. Sounds a lot like a proposal to me…you think?”

Dale also goes on to recount tales of Lindsey as an imaginative and creative individual growing up, and as an older sister helping brother Adam communicate with their mother when he was a child.

“Once [Adam] did start talking, she turned it around and began telling him what he needed to do,” Dale said. “Not sure how he would have gotten along without her. ;o)”

So does dad Dale think he’ll ever work with his daughter? He says that though it hasn’t happened, the “potential certainly exists” and he would be fine with it. Till then, he is thankful for all the moments and opportunities he has had on the job to make a difference.

“I have found that my career and my life as a whole is fulfilled by serving others,” Dale said. “It is most humbling and satisfying to me when someone does well and I know I was able to help them in some way, sometimes large and sometimes small, sometimes directly and sometimes indirectly. My career has more than one instance where companies came looking for me to work for them. That is most humbling. I give all Glory to God.”

His daughter is just as thankful, calling her parents two of her biggest influences growing up.

“The people that had the most impact on me growing up were my mom and my dad,” Lindsey said. “I’m blessed with two wonderful, but different parents who together made a great parenting duo. They combined humility, passion, faith, laughter, accountability, and a whole lot of love, and looking back it’s so easy to see how I became the person that I am. They continue to have an impact on my life today and probably always will.”

Dale met wife Lisa when he was just 19, marrying her at 21 between his junior and senior years of college at Oklahoma State University, where he was President and coach of the OSU Rowing Club.

“As I was paying my own way through school, Lisa and I had very little to our name but each other, and that was enough,” Dale recounted. “We just kept it real simple.”

It’s no wonder why Lindsey looks up to her parents, so it’s worth wondering what advice she’d give to young professionals looking to enter the same world of government contracting.

Lindsey says it’s about looking past industry stereotypes and being open to making new connections.

“If it’s a young professional like me, he/she may be thinking that government contracting is not exciting or glamorous, so I would want them to know that it’s the opposite,” Lindsey say. “Almost any job can be as cool as you want to make it, and there are so many opportunities in government contacting to interface with companies, organizations, and agencies that are impacting our future.

I would also tell them that old cliché of “it’s not what you know, it’s who you know.” The government contracting world is a small one and it’s a good place to make friends.”

When Lindsey isn’t busy working, she can probably be found cheering for the Dallas Cowboys.

“A few people might already know this, though if they’re from around here they usually choose to forget,” Lindsey says. “But I’m a huge Dallas Cowboys fan. If you’re offended you can blame my dad who brainwashed this Virginia girl at an early age. He would say that he raised me right.”

And according to dad Dale, he most certainly has.

WashingtonExec, in addition to profiling Mobilegov’s Tom Suder, has also profiled other families in government contracting, like the Curling clan, the Alderson family, and the Downers. Keep checking back for future featured families in the industry.