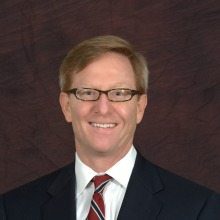 XL Inc. and ALON, Inc announced a name change to XLA. The providers, which merged in April 2012, debuted the new name at company-wide meetings, along with a redesigned brand, logo, website, and tag line, Excellence Always.

“We are excited to come together today under a distinctive new name, XLA,” said CEO Lloyd Mustin. “The brand is a melding of two great company names and signifies the smooth transition to a new company culture in the six months since our merger. Our customers should continue to expect outstanding work from XLA as we move forward under our new banner.”

Together, the two companies have nearly 30 years of experience assisting more than 25 U.S. federal agencies with procuring goods and services, managing programs, and deploying highly skilled people to specialized positions.

“Both companies have long been committed to delivering the highest quality service and work ethic, so it is fitting that XLA will be identified with the phrase Excellence Always,” said Bill Weber, President. “That is the ideal on which we are building our reputation, and we intend to live up to those words.”

Bill Weber was named President of XLA in April of this year.