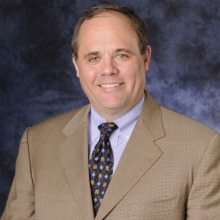 In his new role, Bodie will lead PGS’ global sales and marketing program. He joined Parsons in 2010 and has 30 years of experience as a defense services contractor, leading national security consultant, and policy adviser. Most recently, Bodie was Senior Vice President and Manager of the National Security & Defense Division where he led Parsons’ work in the warfighter support, intelligence, and defense and security markets.

“Bill has a wealth of experience working in the U.S. Federal Government and private sectors, and has a proven track record managing highly complex business matters, demonstrating sound judgment, and forging deep relationships with customers across the globe,” said Mary Ann Hopkins, who was promoted to the position of Parsons Group President, effective October 15th.

Prior to Parsons, Bodie worked for one of the world’s largest engineering, logistics, and defense services contractors, and was president and lead executive of the company’s North American Government & Defense business unit. Bodie also managed the company’s interface with the U.S. Army on LOGCAP, oversaw numerous major engineering, construction, and logistics projects for the Army Corps of Engineers, the United States Air Force, and other U.S. federal and allied national security agencies.

Bodie has served as Special Assistant to the Secretary of the United States Air Force and Director of Communications at a leading global security company. He was also a Senior Fellow at the National Defense University’s Institute for National Strategic Studies and currently serves as the Chairman of the Washington D.C. Advisory Board of the Salvation Army.

Based in Washington, D.C., Bodie holds a bachelor’s degree in history from Columbia University and a master’s degree in politics from New York University.

Read Bill Bodie’s three pieces of advice to his children on WashingtonExec.