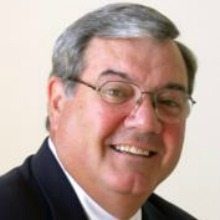 Some executives do not retire well…Jim Leto, CEO of Robbins-Gioia (RG), who has “retired” six-times, is one of those executives. With his wife’s blessing, Leto returned to RG as CEO in March of this year. WashingtonExec asked Leto about his decision to run RG for the third time, how he believes sequestration will effect the defense industry, and the legacy he hopes to leave.

Consulting firm RG enjoys a client renewal rate of over 90 percent. We asked Leto about the company’s reputation for integrity, developing human capital and motivating employees.

WashingtonExec: Why did you want to return to RG?

Jim Leto: This is my third kick at the can at RG. Under my watch, the company was sold twice previously and in both cases, I had no equity. I decided that if I was going to come back and run the company, I ought to own it. Now I own a piece of the rock and I’m really excited about it.

WashingtonExec: What future plans do you have for RG?  Third time is the charm?

Jim Leto: I’ve run many companies and all of them have turned out to be very successful. Highly motivated people make companies successful. It’s all about human capital planning and a focused strategy, implementing the kinds of things that make people fall in love with their work—and that’s what I’m about. I have a lot of fun and the people that work around me also have a lot of fun.

WashingtonExec: How do you maintain a strong company culture?  How do you harvest top talent?

Jim Leto: You make people happy by giving them challenging jobs, a career path that they can believe in, and access to education and training. Most of the things that motivate people are centered on the work that they perform, the way the company supports them, and a strategic direction that everyone understands and can be a part of. When these things are implemented, people are highly enthusiastic about their jobs and it rubs off on their customers—and companies grow. It’s all about putting a human capital plan in place that embraces these activities. It’s not about money. If people are not adequately compensated, they will obviously go elsewhere but that’s not what makes them highly motivated in their work. The work itself motivates them and the way in which the company supports them.

“You should never tell a child, “just go out there and do the best you can.” You’re basically saying that it is OK not to win—that you accept failure. You should tell your children to go out there, find your niche, and win—hit a home run, and never give up…The companies that don’t win contracts don’t succeed. You don’t tell people that are working on a proposal to just do the best they can.”

WashingtonExec: Your thoughts on sequestration?

Jim Leto: I’m hoping it’s going to be an 11th-hour fix. I’m dumbfounded by it and think it is a congressional tragedy. If it is implemented I think it will have irrevocable consequences on this country’s national security.

WashingtonExec: Are you having to take different steps in trying to prepare for this?

Jim Leto: I think sequestration will have a profound impact on the big companies. Even after sequestration, the defense budget will be huge and we are just a small part of that. We’ll survive and continue to grow even in a sequestered environment.

Jim Leto: Robbins‑Gioia is a pretty well-known name in town as far as companies go and the reason for it is we’ve got a really good, solid reputation. The company was founded on integrity by two military personnel, one a colonel and one a general. The integrity of the company is what stands out for most people when they think about Robbins‑Gioia—and if there is a legacy I want to adhere to, it is to make sure that I don’t change that. This has been a great company, will continue to be a great company, and when I retire again, probably for the sixth or seventh time, my legacy will be that I left Robbins‑Gioia in a better state than when I found it and that the integrity and quality of this company continued to improve.

WashingtonExec: What is the best piece of advice you have ever received?

I don’t know if it’s that my wife is telling me to go back to work or if it’s just that I don’t retire well. I can’t play golf or go fishing or hunting every day. I’ve got to have something that is meaningful in my life besides leisure activities.

WashingtonExec: Was it ever a hard decision to come out of retirement or have you always kind of hit the ground running ready to go?

Jim Leto: I hit the ground ready to go. I don’t like retirement. I guess I’m a little weird in that regard.

WashingtonExec: Do you think this might be your last position before you retire for the last time?

Jim Leto: I suspect this is going to be my last gig. There’s not a big market for 70-year-old CEOs. The reason I’m the CEO right now is because I bought the company; myself and my partners.

WashingtonExec: If you have three pieces of advice for your children, what would they be?

Jim Leto: I’ve always had good advice for my kids; they just never listened to me. One of the things that I believe pretty strongly—and how I tried to raise my children and how I’ve seen my grandchildren being raised today—is that you should never tell a child, “just go out there and do the best you can.” You’re basically saying that it is OK not to win—that you accept failure. You should tell your children to go out there, find your niche, and win—hit a home run, and never give up. I don’t think you should teach your children to accept failure. It’s not how I run companies and it’s not how I run my life.

The companies that don’t win contracts don’t succeed. You don’t tell people that are working on a proposal to just do the best they can.

WashingtonExec: Who is someone that you admire in the government contracting industry?

Jim Leto: That’s a hard question. I guess the people that I really admire are the ones that run the large defense companies of the world, who make a major commitment to national security. They help make this nation safe and our lives grounded in security and stability.