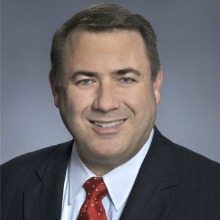 Recently, NCI announced that as of January 1, 2012, Lucas J. Narel will become NCI’s new executive VP, CFO and treasurer. He will succeed Brian J. Clark, as Mr. Clark assumes his new role as president of NCI on January 1, 2012, as previously announced.

Narel brings more than 13 years experience within the government IT services sector to this role. He will manage all aspects of the company’s financial operations, including corporate accounting, strategic financial planning, income taxes and corporate treasury.

Prior to NCI, he was VP of finance for CGI Federal. Prior to CGI’s acquisition of Stanley, Mr. Narel was VP and corporate controller for Stanley where he played key roles in its initial public offering in 2006, the company’s transition to a public company, and provided executive leadership on a number of strategic transactions and financings which supported growth that more than tripled the size of the company since going public.

NCI’s chairman and CEO Charles Narang said, “In the complex and dynamic environment we are operating in today, a financial executive of Lucas’ caliber is critically important to maintaining and increasing our competitiveness while driving and creating value for NCI and our shareholders.”