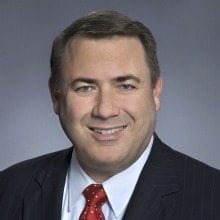 NCI, Inc. announced last week that Brian Clark will be its next President starting January 1, 2012.  Current President Terry W. Glasgow has expressed his wish to retire, effective December 31, 2011. Glasgow will continue as a member of the Board of Directors as well as providing advisory services to NCI as a consultant.

“Terry has been a key member of our management team for more than seven years and has played an integral role in the growth and success of NCI,” said Charles K. Narang, Chairman and CEO. “We are grateful for his contributions to NCI and look forward to his ongoing presence during a transition period and as a member of the Board.”

Clark, who is NCI’s current Executive Vice President and Chief Financial Officer and a member of the company’s Board of Directors, served as Stanley, Inc.’s Executive Vice President, Chief Financial Officer and Treasurer. Stanley Inc. was acquired by CGI Group back in September 2010. At Stanley, Clark led equity and debt financing, including the company’s initial public offering in 2006 to support organic growth, as well as several successful acquisitions. He has been in charge of spearheading corporate reorganizations that streamlined operations that resulted in revenue and margin growth.

“Since joining NCI, Brian has demonstrated exceptional leadership and a deep understanding of our business,” said Narang. “He has an outstanding reputation in the capital markets for growing businesses both organically and through acquisitions. We are confident that he is the perfect candidate to succeed and build upon Terry’s notable achievements.”

NCI is a leading provider of information technology, engineering, logistics and professional services and solutions to U.S. Federal Government agencies.

Narang concluded: “NCI has a remarkably strong and unique company culture, and we have selected experienced senior leaders who understand that NCI has an unwavering commitment to total customer satisfaction. And that we strive each day to build relationships based on trust, integrity and performance. We believe these well-deserved appointments and promotions are reflective of the confidence we have in the new management team and the adaptability of our organization. We have the highest degree of confidence in Brian and Marco, as well as our senior leadership team, and we look forward to their contributions to identifying and defining NCI’s strategic goals in reaching the billion-dollar revenue level within the next three to five years.”