You are at:Home»News»BookKeeping Express Ranked In Entrepreneur “Franchise 500″ List 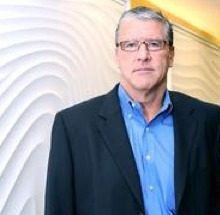 BookKeeping Express’s CEO Greg Jones said, “This recognition speaks volumes about our company’s accomplishments and viability as an attractive franchise opportunity for today’s entrepreneurs. Being named to a list as prestigious as the Entrepreneur ‘Franchise 500’ further validates our strength and stability as a franchise system.”

The rankings for all 500 companies are determined by using a formula that takes into account objective and quantifiable factors. The most important factors include financial strength and stability, growth rate and size of the system. All franchises are given a cumulative score, and the 500 franchises with the highest cumulative scores become the Franchise 500 in ranking order.

Since launching its franchising program in the fourth quarter of 2008, BookKeeping Express has signed development agreements

and opened offices with entrepreneurs in 24 states across more than 145 territories.