You are at:Home»Execs to Know»Exec Moves»Red Hat’s Gunnar Hellekson 2012 Outlook: Need For Agility 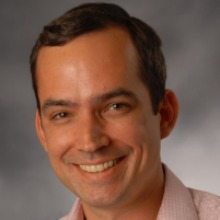 2012 is fast approaching, and with it comes big changes in the Federal IT industry.  WashingtonExec is giving local executives the opportunity to share their thoughts on where they see the government contracting industry headed.  Leaders of the industry were asked a series of predictions questions focused on challenging issues such as cloud computing, healthcare IT, defense and so forth.

“If I could reliably predict the future, my life would be much different than it is right now. I would be richer, smarter, and probably better-looking. Instead, I have to rely on my years of experience working with the Federal government. That has given me a modest amount of insight into what we can expect from the Federal IT market in 2012.

Here in late 2011, there is one overriding theme: agility. The Federal IT enterprise is desperate to become more agile. We’ve heard this in the 25-point Plan for IT Reform, various industry reports, and the Federal IT leaders themselves. The days of large procurements are over. The days of monolithic IT programs are waning. There’s broad consensus that Federal IT enterprises need to respond more quickly to challenges like information security and the disruption of new technology. This need for agility will only increase in 2012, as our problems get larger and our budgets get smaller.

We’re going to see more large programs begin to splinter into many smaller programs, much like the Army’s Future Combat Systems has done already. These smaller and presumably more nimble programs are going to have to work together, as they always have, but without the same kind of top-down architectural mandates they received in the past. With these smaller components each innovating at different paces, they must be able to respond to changes in the components they rely on. Federal IT, more than ever, is a web-like ecosystem. Programs will need  new ways to collaborate, and respond more quickly to ecosystem changes to ensure that the broader mission is accomplished.

Many programs are looking to Platform-as-a-Service (PaaS) to answer this challenge. The elasticity, scalability, and standardization that Google App Engine and Red Hat’s OpenShift offer are exactly what these heavily fragmented and inelastic programs need. You’re going to see more PaaS architectures in 2012, and you’ll find many programs discover that building an effective platform requires more internal refactoring, standardization, and process changes than they expect. It’s going to be a learning experience for everyone.

We’ll see the trend towards Infrastructure-as-a-Service increase, as well. In part because of the Federal CIO’s mandates, but mostly because of economic realities, more programs will be hosting their business on private and community cloud infrastructures. With this massive consolidation of data and computing power, we’re going to see an even sharper scrutiny of vendor lock-in. The need to keep these cloud infrastructures competitive is going to be a major theme in 2012.

We’re also going to see a even greater focus on security, if you can imagine such a thing. In the past, we’ve focused on building concentric firewalls to protect our secrets. The need for information sharing and the speed at which our adversaries are innovating have made this approach untenable. As in procurement, the successful security regime is the one that can respond quickly and effectively to a threat. This requires better visibility into our infrastructure, more automated tools, and far fewer manual security procedures. The pressures on the traditional certification and accreditation regimes will be enormous. I think we’ll see growing adoption of solutions like the Security Content Automation Protocol (SCAP), and a greater focus on streamlined accreditation processes in 2012.

What’s interesting is how closely 2012 in the Federal government resembles 2012 in the private sector. Federal IT is often characterized as something backwards, or more conservative than their private sector counterparts. The major themes for 2011 and 2012, though, are now nearly identical. Everyone struggles with their cloud strategy, everyone struggles to gain better agility, and everyone is looking to cut costs and increase their responsiveness. It’s an exciting time to be in the business.”