Interview With Jim Jones: Fighting For The Children Of Washington 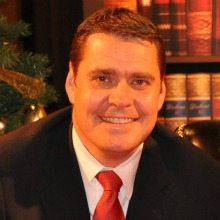 Meet Jim Jones, the President & CEO of Dynology. Jones is this year’s FightNight Chairman for the 2011 Fight For Children boxing event. The event recognizes, promotes, and cultivates quality education for low-income children in Washington, DC. Jones was “surprised and humbled” when he was asked to chair the event and work with the Fight For Children staff because he had “big shoes to fill and much to live up to.”

WashingtonExec recently interviewed Jones about the boxing fundraiser and what it means to him to be part of it.

WashingtonExec: What lead to you become Fight Night Chairman this year?

Jim Jones: When Fight For Children asked me to be Chairman of Fight Night, I was very much surprised and humbled.  Given the caliber of past Chairmen, there were “big shoes” to fill and much to live up to. It was Fight For Children’s mission and the opportunity to work with Joe Robert and the Fight For Children staff that ultimately led me to accept the challenge.  The fact that Frank Odeh (one of my co-conspirators on the Fight Night Leadership Committee) and I “won” the Fight Night Chopper may have played an additional role in their decision to consider my participation…and the fact that they think we might do it again!

WashingtonExec: How has the planning for Fight Night been going? What is something you are most excited about?

Jim Jones: The planning is going very well.  Liz, Judy and the entire Fight For Children family make sure that every aspect is covered, addressed and executed.  They do the real heavy lifting.  Different from previous years—we’ve established a very capable Leadership Committee that is providing high-level representation from our area’s best corporations. They helped plan for the evening and, most importantly, helped bring new relationships to Fight For Children.  By ensuring all aspects of the business community were represented, we will have the much more diverse sampling of the DC metropolitan business community than in years past.  Government, military, the private sector and more are all joining us for this year’s event.

Jim Jones: Since its creation in 1990, Fight For Children and Joe have raised over $450 million for educational pursu 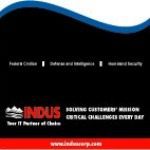 its and healthcare access for low-income children, and Fight Night is a big part of that. Fight For Children uses this money for two main purposes: they give grants and collaborate with the best organizations serving low-income children in the trenches; they also run their own programs to make sure kids are the getting the highest quality education possible. Through their newest program, Ready to Learn DC, Fight For Children is attacking the achievement gap between poor and rich kids by making sure all DC kids are ready for school when they start kindergarten.

WashingtonExec: Which boxing legend are you most excited about who is attending Fight Night this year?

Jim Jones: When you’re surrounded by greatness, it’s very difficult to pick just one.  Over the years, I’ve been able to sit and talk with many of the legends and hearing the stories firsthand makes it all come to life.  You can see it in their eyes and hear in their words…you can sit and listen for hours and relive some of the greatest moments in sports history that we all grew up with.  It’s an amazing experience.

WashingtonExec: How can you sign up or donate to this event? Why this event over others?

Jim Jones: Sponsorship opportunities and table sales are filling up fast for this year’s event.  Information is available online at www.fightnightdc.org or via phone at 202-772-0416.  Becoming involved with this event and this organization is like no other experience in Washington.  Why this event….it’s a tremendous evening of fun benefitting children in our own “backyard” who are often overlooked by bigger headlines or the hectic pace of life in the DC Metro area.  Joe and Fight For Children have it right…in the words of one of my closest friends, “It’s about the kids”.

WashingtonExec: What is something most people don’t know about Fight Night?

Jim Jones: Most people don’t realize the origin of Fight Night and how Joe Robert brought the concept to DC.  Most are of the mindset that it’s an excuse to have a great time, smoke cigars and get to see professional boxing in DC.  They’re right…it is all that.  However, the tie in between the sport of boxing and the charity originates from Joe youth, his own involvement in boxing and how it kept him on a better path and out of trouble…or at least the kind of trouble you don’t want to be in!  Joe was able to turn his love for the sport into a one of a kind event that does amazing things for deserving kids.  He tied it all together.