Both Donna and George are highly regarded in the government contracting community. We reached out to their colleagues to give them an opportunity to wish Donna well and asked about this executive transition. 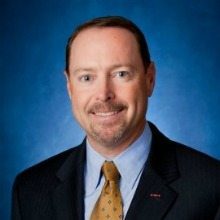 “I’m very proudly a Donna Morea protégé and I also had the chance to work with George at AMS and when I was the first President of CGI Federal.  I cannot imagine a better fit for CGI’s US business than George.  He is a savvy business leader for whom people love to work.  I’m thrilled for CGI, George, and Donna!” – John Hillen, President and CEO of Sotera Defense Solutions, Inc. 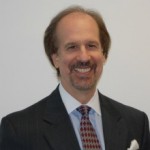 “Donna Morea is a highly accomplished icon in our industry. Although Donna retires from her post as President of CGI’s U.S. and India operations, we all look forward to her continued involvement and leadership as a tireless champion of the Northern Virginia technology community.” –Greg Baroni, Chairman and CEO of Attain, LLC. 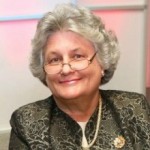 “Donna has been a dedicated leader and an influential champion for our industry and our region. During her term as Chair of the Northern Virginia Technology Council from 2008-2010, she took NVTC to a new level and served with wisdom, good humor and grace.  We thank her for her service to NVTC and the entire Northern Virginia business community. Our community is stronger for her leadership and we look forward to the next chapter in her career.” –Bobbie Kilberg, President and CEO of NVTC. 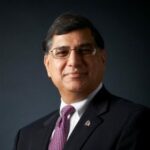 “Donna has been a great leader within our community and we all will miss her.  Knowing Donna, I am sure that she will make the next phase of her life even more meaningful.
Having been an AMS’r myself in the ‘80s, I have seen George in action and watched his tremendous growth over the years.  George will be a very effective leader of CGI’s U.S. Operations and I am sure that CGI will grow even further under George’s leadership.  My best wishes to George for his continued success.” –Shiv Krishnan, Chairman and CEO of INDUS. 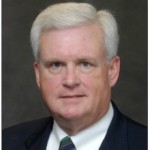 “Donna has been a leading executive in our industry and made many valuable contributions to business and the community.  She has been an active leader and contributor to many worthy causes and I doubt that will change with her retirement.  As a friend, colleague and occasional competitor, I wish her well.” –Sterling Phillips, CEO of GTSI. 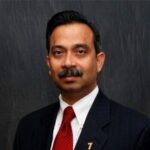 “Donna’s leadership had a huge positive impact for CGI, and her name has been synonymous with CGI-AMS for a long time. Even with her very busy schedule, Donna always made time to get personally involved in many important initiatives within the government IT community and she made a difference. George has very large shoes to fill, but he has demonstrated the capability to take on bigger and higher-scale responsibilities. George is a collaborative leader by nature, and that positions him well to succeed in his new role.” –Venkatapathi R. Puvvada (PV), VP & Managing Partner, Civilian Agencies Group, Unisys.