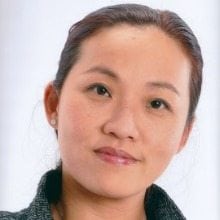 Meet Jiemin Jordan, founder and CEO of Endeavor, Inc. Jordan describes herself as, “a woman, minority entrepreneur who has passion in technology innovation and organization efficiency.” In her interview with WashingtonExec Jordan discusses what she believes the current deficit will mean for small businesses and noted the new federal statutory regulations requiring 23% of government contracts to be allocated to small business. Of course the hot topic of cloud computing came up, Jordan is waiting for the fast approaching day when “cloud computing will no longer be a concept but the status quo” in the federal government and private sector.

WashingtonExec: What do you think of the current federal government procurement and acquisition climate?

Jiemin Jordan: The forecast for federal IT contracting in the coming decade is a rapidly changing landscape.  Agency budgets across the board are being frozen, cut or redirected. This climate represents a radically different business environment for all companies doing business with the federal government.  Newly retired Secretary of Defense Robert Gates presented plans to cut $400B over the next decade from the current defense budget baseline for 2011.  It is not likely that his successor, Leon Panetta, will do anything to alter those plans. This means in terms of real growth, there is none. The cuts proposed within the DOD are in some cases smaller than those proposed outside of the defense and intelligence sectors, so it is safe to assume that cuts could even be larger within the civilian agencies. The budget squabble in Congress is over how much to cut, not if there will be cuts. 2012 will be an interesting year for all companies doing business with the federal government, it appears that you will have more companies chasing fewer dollars and that equates to a far more competitive playing field and this business climate will not change for the foreseeable future.

WashingtonExec: How would you describe the role of small business in the overall government contracting community?

Jiemin Jordan: Statutory regulations require that 23% of all prime contracting dollars be awarded to small business, so this is a sizable market when you consider the billions of dollars that are awarded exclusively to small businesses every year. When you take into account that many of the big names in the industry started out the same way Endeavor did, with a few dollars of private capital and a plan, and went on to become multi-billion dollar entities employing tens of thousands of people across the country and the world, the fact is that with few exceptions, they all started small. As is the case with small businesses in the commercial market sector, small businesses in the federal market sector have historically proven to be an incubator for the larger, innovative, job creating businesses of the future.

WashingtonExec: What about the role of women-owned small businesses?

Jiemen Jordan: The other side to this scenario is that the barriers to entry often prove to be quite high. Selling to the federal government is not like setting up shop in the commercial world, there are a myriad of rules and regulations that drive the acquisition process that often prove so daunting and complex that those seeking entry quickly become overwhelmed and drop out. Getting that first contract, whether as a prime or a subcontractor, is probably the most difficult first step because without that all important past performance in the federal sector, you bring little value as a sub-contractor and you have almost zero chance of winning as a prime. As a woman, and as a woman originally from another country, gaining traction in this market would have proven more difficult if not for the various socio-economic set asides established by congress and overseen by the SBA.  The newly established set aside for woman owned small business (WOSB) will undoubtedly add additional value to Endeavor as a company and in the promotion of woman owned small businesses to become a bigger force and gain an increasing percentage of the federal contracting market share in the future. I applaud congress and the SBA for the establishment of a set aside for women that was long overdue.

WashingtonExec: Your website talks about OpenFISMA, do you view cloud computing to be the most sought-after product in the government contracting community in the future?

Jiemin Jordan: Well cloud computing is certainly one of, if not the most talked about. I recently read a survey taken at the Cloud Leadership Forum 2011 held in Silicon Valley that clearly indicated the belief of the vast majority of attendees that by 2015, cloud computing will no longer be a concept but the status quo. While most of the attendees at that venue were from private industry, in February of this year, USCIO Kundra released the government’s own plan to migrate at least $20B of their $80B in IT spending to cloud computing solutions. So it appears that in concept, the government is on-board, whether it truly happens and what degree it happens, is anybody’s guess.  Also, the issues driving DOD and the Intelligence communities as it relates to the Cloud are very different than those of the civilian agencies where it appears the migration has already begun.  However it plays out, Endeavor is a cyber security company and we recognize that this shifting paradigm presents new opportunities and challenges going forward, so the potential is certainly there.

OpenFISMA is Endeavor’s open source tool for security risk management and a means for automating the regulatory requirements and complexities of the Federal Information Security Management Act (FISMA) and the NIST Risk Management Framework. OpenFISMA has been successfully deployed at several federal agencies and has grown to become the largest open source project in the federal government. We offer cloud based security risk management service based on our OpenFISMA technology as one of our commercial offerings.