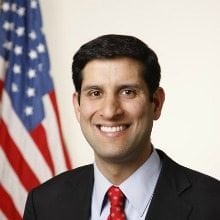 Vivek Kundra, the first chief information officer (CIO) of the United States, recently announced that he will be leaving his position at the White House to accept a fellowship at Harvard.

He will be splitting his time between the Shorenstein Center on the Press, Politics and Public Policy and the Berkman Center for Internet and Society.

“We look forward to working closely with him on cutting-edge issues where the complexities of cloud computing intersect with law, institutions and data,” said Urs Gasser, Executive Director of the Berkman Center.

Appointed by President Barack Obama in March 2009, Kundra was responsible for furthering the President’s overall technology agenda, including setting an example to enable cloud computing.

“Kundra will play a key role in making sure our government is running in the most secure, open and efficient way possible,” said Obama said in a briefing back in 2009.

In a recent interview with CNN Money, Kundra talked about his time as CIO, cloud computing and how he made things happen at the White House.

“The key is, you’ve got to keep following up,” Kundra said. ”It’s a very simple management principle. You can’t just shine light and hope that results will follow. You’ve got to be relentless about going after some of these IT projects.”

Shortly after going after these projects and de-scoping them, Kundra realized that he wasn’t the most popular person in the room. Many businesses and vendors got upset at the cancellation of the many multimillion-dollar IT contracts they previously had with the government.

“I didn’t take the job to be the most popular person in the room. CIOs may have spent years on a specific project, so they continued to throw good money after bad and were emotionally tied to those projects. But at some point, you need to just step back and ask the tough questions,” Kundra said.

Kundra’s main goal was to make sure that taxpayer dollars were not wasted on investments that didn’t produce dividends for American people. He did this by cracking down on the nation’s inefficient infrastructure (data centers), cyber security, and by tapping into the ingenuity of the American people.

“For too long, Washington was designed with a view that Washington has a monopoly on the best thinking, and the reality is, it doesn’t. So we wanted to use technology to tap into the millions of Americans who want to create a more perfect union,” Kundra said.

Kundra then created a plan for transforming federal IT management by creating a cloud first policy.

“I asked a very simple question: How would a startup company launch in the private sector? Startups are going to Google for e-mail, or to Microsoft or to Hotmail. They’re going to Intuit and using QuickBooks for the financial systems. They’re going to a number of providers online to stand up a website, and they get value day one, literally. They don’t spend months or years procuring those services. Imagine if the federal government, with purchasing power of $80 billion, demanded from the vendor community, ‘We want value day one. We don’t want to wait years, and we don’t want to spend millions of dollars, because we’ve seen this movie, and it always ends poorly.’ That is one of the reasons I focused on cloud first.”

One of his most crucial and successful initiatives, IT dashboard online, set up a database with a listing of the entire Federal CIOs with their major federal projects.

“Besides the picture of the person who’s responsible, I also decided to put up every company that had won those contracts. So all of a sudden, CEOs were coming to see me. A number of CEOs issues press releases around how all their projects are green. It created this incentive to perform,” Kundra said.

﻿Kundra, who was named by the World Economic as one of its Young Global Leaders, was born in New Delhi, India and moved to the Washington D.C. area at the age of 11 with his family. He graduated with a bachelor’s and master’s degrees from the University of Maryland and worked at several tech startups before becoming Washington D.C.’s chief technology officer.