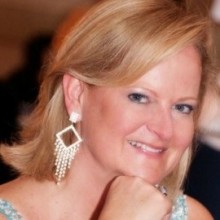 Kristina Bouweiri is the President and CEO of Reston Limousine, Washington metropolitan’s largest luxury transportation and government contracting services and among the largest shuttle fleet in the country.  Named as one of the “50 most powerful and influential women in the D.C. area” by Washington Business Journal, Bouweiri has shown a positive attitude and hard-working mindset from the moment she started her career.

Bouweiri first decided she wanted to work in marketing and sales while volunteering with a non-profit group to help raise the status of women in third world countries.  Bouweiri started at Reston Limousine in 1991; throughout her years at the company she has helped the business go from a five-car service to a 140 vehicle nationally-ranked transportation business.

When asked who has inspired her the most and helped get to where she is today, Bouweiri immediately responded: “her parents.” They taught her great work ethic and integrity-qualities that are critical in the business world.  Though her parents guided her in the right direction, it is the people that surround her every day that inspire her to do better.  “Having been in business now for 20 years, I am inspired daily by the people around me- whether they are other entrepreneurs, clients, vendors and especially my employees,” said Bouweiri.

Because she has been inspired and motivated by others her whole life, Bouweiri gives the inspiration back to others by being involved in the community.  She is a supporter of many organizations in the area, especially those that promote education and women in business.  The organizations she dedicates herself to include Northern Virginia Advisory Board for Eagle Bank, The Economic Club of Washington D.C., Loudoun CEO Cabinet, Enterprising Women and  Northern Virginia Transportation Alliance.  She is also a panelist for The Washington Post’s “On Success”, a judge for George Washington University’s Business Plan Competition, a trustee for the Loudoun Education Foundation, an advisor to SmartCEO Magazine, charter member of 100 Women Strong and founder of Sterling Women.

When Bouweiri is not in the office or out and about with the community, you can see her spending time with her four children and cheering them on at their sporting events.  She also spends time relaxing by reading a book on business or going to the spa and having girl time with her close friends.

Previous ArticleQ&A With David Eisner: Being Your Own Boss At 29
Next Article WashingtonExec Flash Summit Event: “A Time For Innovation”