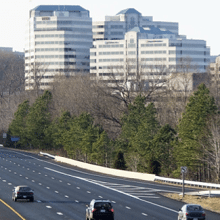 As more and more Indian entrepreneurs in the technology industry settle in the DC ‘burbs, the Dulles Corridor between Fairfax and Loudoun Countries is turning into the “Silicon Valley of the East,” as Derek Thompson from The Atlantic aptly dubbed the flourishing area.

In his article, Thompson notes there are 40,000 Indian immigrants living in this area, with 40 percent of them in Fairfax County alone. And, Fairfax and Loudoun counties, he said, are ranked as having the top two highest median household incomes in the US.

The influx of Indians is a case of “chain immigration,” Thompson said, as many of the newcomers settle in the Dulles Corridor to unite with family and friends. But also, because of India’s emphasis on technology and telecommunications, these areas populated by Indian immigrants are hotbeds for new entrepreneurial endeavors.

Thompson points to several Indian-born Virginias who embarked on their own technological startups including Dolly Oberoi, who founded the technology firm, C2 Technologies, which has an annual revenue of $50 million.

But, as the next generation of Indians look to bring their technological vigor to the states, some aren’t staying for too long. Thompson mentions younger Indians who take advantage of the education and mentoring possibilities in the US, but then bring their expertise back to their homeland to begin their startups, noting stringent visa policies for immigrants as one reason for the change of heart.