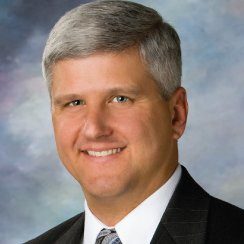 The contract is the latest development in a partnership that began in 2014, in which the company developed a Modular Active Protection System (MAPS) base kit for the Army. The system provides a way for soldiers to detect, track and fight back against rocket-propelled grenades and anti-tank guided missiles.

“Since then, the MAPS base kit has proven itself in multiple live-fire demonstrations,” said David Rohall, program manager for advanced ground vehicle systems at Lockheed Martin. “We’re ready to support integration and testing on a variety of Army combat vehicles, the final step before the Army makes a formal decision on fielding this capability.”

The contract stipulates Lockheed Martin will deliver at least five and up to 20 production-ready base kits and support testing on Abrams, Armored Multi-Purpose Vehicle, Bradley and Stryker vehicles. The contract also covers developing support for other features, such as underbelly blast protection.