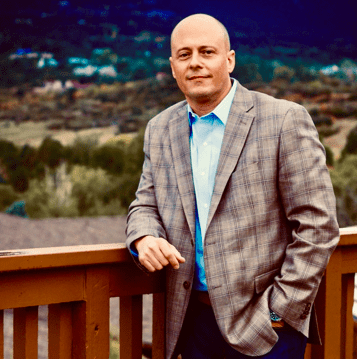 In July, he stepped away from his role as president of National Security and Innovative Solutions at CACI International, the company that bought LGS Innovations. Kelly is now an adviser to Chicago-based Madison Dearborn Partners, the private equity firm that partnered with LGS Innovations for more than five years under his tenure. MDP focuses on helping established companies move to the next level and has had great success with companies in defense and aerospace, Kelly said.

Additionally, Kelly sits on the board of directors for MDP-owned commercial software company BlueCat Networks, and provides support to the management team for public sector markets and technology investments. He provides similar support in his role as a member of the board of advisers for Enlightenment Capital, where he helps identify high-potential startups positioned for a period of stable growth.

In some ways, Kelly has over his more than 25-year career lived a classic rising-through-the-ranks story that also includes holding senior positions within General Dynamics Advanced Information Systems and Lockheed Martin.

More than 20 years ago in his career as an electrical engineer, he was given what many in the field would call a dream job — a position at Bell Laboratories, the research and development arm of powerhouse Lucent Technologies.

“I leapt at the chance to join them in support of their defense business,” Kelly said. “I thoroughly enjoyed my time with the labs as I explored a variety of different positions in research, product development, strategy, sales and marketing.”

After a series of promotions, he was eventually asked to lead the company’s development of a separate, government-facing — and free from foreign operational influence and control — independent subsidiary to be owned by Lucent and Alcatel as the U.S. and French firms prepared to merge the two companies. The outcome was LGS Innovations.

Kelly’s background in physical science and electrical engineering had been solid, but creating LGS Innovations took him down a new path that allowed him to learn more about the importance of efficient and effective leadership, corporate strategy development, business operations and personnel development, he said.

“I worked with a very talented group of business and legal executives to create this new independent subsidiary that was to operate with its own infrastructure, board, oversight and governance,” Kelly added.

The new subsidiary began operations in January 2007. Kelly served as its executive vice president of strategy before becoming chief operating officer and, in 2012, CEO.

Kelly’s partnership with MDP dates back to 2013 when Alcatel-Lucent executives asked him to lead the divestiture of LGS Innovations from a subsidiary of the publicly traded multinational firm to one owned by private equity. His task was to find a new owner who would appreciate the company’s culture of innovation and help it grow into a “technology solutions powerhouse.”

“After many conversations with prospective owners, my management team and I were confident that MDP understood the company’s unique innovative culture and appreciated the long-term strategic plan to invest in game-changing capabilities that would provide our defense and intelligence partners with a technological advantage over our nation’s adversaries,” he said.

In March 2014, LGS Innovations officially began operating within the MDP portfolio. For the next five years, the company grew its status as a leader in C4ISR and cybersecurity. In March 2019, CACI International bought the company as part of a strategy to expand its offerings in signals intelligence, electronic warfare, and cyber products and solutions.

Kelly spearheaded the integration of the two companies for nearly a year and a half, as he led the technology and products portion of the business, and worked with CEO John Mengucci to identify an experienced leader to take over after he left: Todd Probert. After a brief transition, Kelly left to pursue a new phase of his career.

“I really enjoy building technology companies,” Kelly said, “starting with a culture of innovation and progressing through the various stages of maturation that begins with an idea, some investment, a lot of hard work and creativity and eventually concludes with intellectual property, products and game-changing solutions.”

Kelly prides himself on his ability to identify and lead highly accomplished individuals.

“I am most proud of my ability to recognize people’s talents and strengthen them with the development and execution of a long-term strategy and supportive culture that eventually result in a company that is efficient, effective and an absolute joy to work for,” he said.

For Kelly, the three most important lessons are about the power of people, strategy as the roadmap for success, and that patience and honesty are the virtues.

“No matter how much a company invests in tools, facilities, equipment, intellectual property, process improvement or other tangible assets, the most valuable asset walks out of the door every evening,” he said. “I learned to treat all of our company’s people like a family by demonstrating respect for their collective talents, being honest with them about the effectiveness of their efforts and those of the collective company and providing them a clear understanding of our role in supporting important missions.”

Kelly has an appreciation for purpose and knowing where one wants to head.

“I have found most leadership teams and their resulting companies suffer from being too near-term focused on metrics versus being long-term focused on a more comprehensive purpose,” he said.

Instead, he believes companies should set 5-year strategies and allow their near-term strategies to revolve around making solid progress toward the larger vision. The next step, he said, is showing patience.

He said he’s seen companies investing significantly in the development of a coherent long-term strategy and then shelve it as they force near-term actions that appear in contrast to the achievement of their long-term goals.

“Again, when this happens, the most valuable asset of the company, its people, become frustrated as they seek to reconcile the discrepancies between what they were told were the long-term goals and the observed short-term actions,” Kelly said. “This frustration often leads to an erosion in confidence, lower employee retention rates and a marginally effective company.”

Honesty in the entire process, he said, helps everyone focus on improving deficiencies and maximizing overall success.

With these leadership lessons in mind, Kelly plans to focus on contributing to the defense and intelligence missions by advocating to differentiated technology companies. He hopes to one day have an opportunity to lead one of those companies as a CEO.

“As an executive, I spend an inordinate amount of time on more cerebral projects, so in my spare time, I enjoy the more physical projects that produce more observable results in a short period of time,” he said.

Those include working on his truck and projects around the family farm, remodeling a bathroom and rebuilding a stone fire pit. He also takes time to attend school functions, play board games, fish, hike, camp or engage in other activities that bring him closer to his family.

Kelly has long been a supporter of promoting and encouraging effective STEM education at all levels, too. He believes ongoing education is necessary for success.

“Engineers, computer scientists, physicists, chemists and the like must continually explore new methods and ideas to improve the science involved in STEM-related solutions,” he said. “I believe the most effective way to do this is to support STEM-interested students at a very young age and encourage continual exploration and understanding all the way through their college experience and into their careers.”

Kelly remembers struggling with chemistry, even though math and physics came easy.

“A mentor helped me deal with my deficiencies, and as a result, I was able to excel in a STEM career,” he said. “We need more support from our community to help make STEM education as effective as possible.”

With a belief that engineering — like other fields — benefits from a diversity of thought, Kelly and his wife lead the creation of The David S. Dolling Endowed Scholarship in Engineering to help continue the retired dean’s efforts to promote women in STEM for the School of Engineering and Applied Sciences at The George Washington University.

Kelly has previously served as chairman of the National Advisory Council of the School of Engineering and Applied Sciences at GWU.

And he’s looking to get involved in more work.

“If there is anyone who is working on next-generation solutions for the defense and intelligence markets, I would love to learn more about what they are doing,” he said. “I am passionate about technology and the defense of our nation, so if you have an idea or a developing solution to one of our nation’s more challenging missions, I would love to discuss it with you and find a way to help make you successful.”