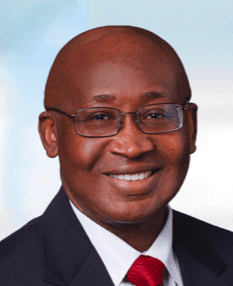 Dr. Elder Granger, a retired Army major general and CEO of health care, education and leadership business The 5Ps, LLC, has been tapped to serve on Cerner Corp.’s board of directors.

In welcoming Granger to the board, Cerner chairman and CEO Brent Shafer described Granger as “a proven clinical, military and business leader” who navigated challenging environments.

“He will bring invaluable insights to Cerner particularly in the commercial and federal health sectors,” Shafer added. “We are delighted to have him.”

Granger served in the U.S. Army for over 35 years before retiring July 1, 2009. During his military career, he held roles including the deputy director and program executive officer of the TRICARE Management Activity, Office of the Assistant Secretary of Defense (Health Affairs) in Washington, D.C.

“The opportunity to bring on a person of this caliber not only is another step in improved corporate governance, it also adds another dimension of experience that complements our current Board members’ skills,” Shafer said.