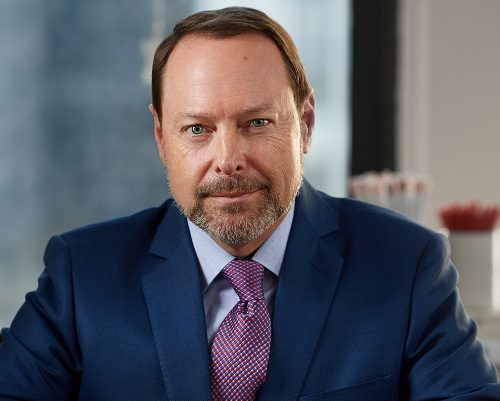 EverWatch Solutions CEO and retired Army captain, Dr. John Hillen, has been inducted into the Army Reserve Officers’ Training Corps Hall of Fame, which honors ROTC graduates who distinguished themselves in their military or civilian pursuits.

Hillen is one of 16 inductees in 2020. The honor also recognizes Army ROTC Alumni who made significant contributions to the country, the Army and the history of the Army ROTC Program.

Hillen began his public service career as an Army ROTC cadet and distinguished military graduate at Duke University, where he graduated with a degree in public policy studies and history in 1988. During his 12 years of military service, he was awarded the Bronze Star for his role in Operation Desert Storm. He also continued his education and earned a doctorate in international relations in 1997 at Oxford University.

In 2005, Hillen was Senate confirmed as assistant secretary of state for political-military affairs. In 2007, he joined the Chief of Naval Operations Executive Panel. He received the Navy’s Meritorious Public Service Award in 2017.

From 2008-2013, Hillen was president, CEO and board member of Sotera Defense Solutions. He then served as the executive-in-residence and professor of practice at George Mason University’s Business School from 2013-2018. During that time, he won the outstanding professor award in the MBA program twice.

Hillen now leads EverWatch Solutions, a mid-sized defense technology firm. In July, Hampden-Sydney College and the Wilson Center for Leadership in the Public Interest named Hillen the new James C. Wheat chair in leadership. He teaches on occasion at Hampden-Sydney while leading EverWatch.

According to his ROTC Hall of Fame inductee profile, “As a highly respected public servant, business and civic leader, author and public intellectual, Dr. Hillen’s contributions to the nation are exemplary.”

Hillen has written several books on international security and leadership, including “What Happens Now? Reinvent Yourself as a Leader Before Your Business Outruns You.” He has also published articles in dozens of journals, including Foreign Affairs, The New York Times, The Wall Street Journal, The Washington Post, Forbes magazine and Washington Technology.

As an inaugural member of the Duke University Army ROTC Hall of Fame in 2015, the program also recognizes his leadership in improving training quality for the university’s ROTC program, the Bull City Battalion.