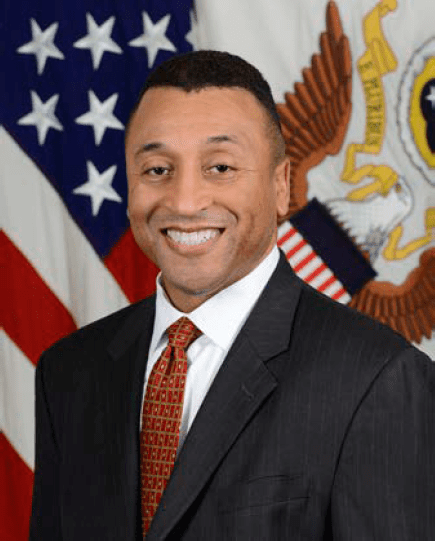 Marshall Williams, Department of the Army

Marshall Williams is responsible for the supervision of the Manpower and Reserve Affairs for the Department of Army, serving as the Army’s deputy for policy and performance oversight.

As part of his current team, Williams in 2019 created the first people strategy in the Army’s 244-year history. This policy focused on building a 21st-century talent management-based approach system capitalizing on unique abilities through policies, programs and processes.

Also in 2019, Williams led an effort to operate 932 major hospitals for 8.3 million beneficiaries, an initiative that arranged for the transfer of 7,300 staff employees from the Army.

Finally, also in 2019, he developed specific expertise within the organization that leveraged people analytics to provide innovative data solutions and foster collaboration across the Army and M&RA. As a result, his organization has a subordinate body that oversees a secured online database system to track many of the Army’s vital data feeds.

“I have had a unique opportunity to work at every echelon within the Department of Defense and have met a diverse group of people through those experiences,” Williams said.

Previously serving as the senior enlisted adviser to the defense secretary, Williams was the most senior, highest-ranking enlisted service member in DOD. Through career, he has developed an engaging leadership style that empowers his subordinates, who gain opportunities to advance, innovate and become critical thinkers.

As a result, his teams had notable achievements, including saving $2 billion and increasing talent recruitment in the Army by 8% from the previous year by analyzing modern youth stimuli and incentives, instituting gaming centers and teams on 256 recruitment centers in 54 states and territories.

Williams has also led a team to increase employment opportunities for military spouses by 23% in 86 countries by creating and instituting The Military Spouse Preference Program through training aids and individual trainers.

In 2020, Williams is focused on and continues to prioritize efforts in a few critical areas: modernization of the total force; diversity and racism; development of online database systems that track critical information; recruitment and retention strategies within the Army; and medical reform, which encompasses contingencies against emerging medical concerns.