You are at:Home»News»9/11 Memorial Museum Launches Program Series on Anniversary of Raid on Bin Laden Compound 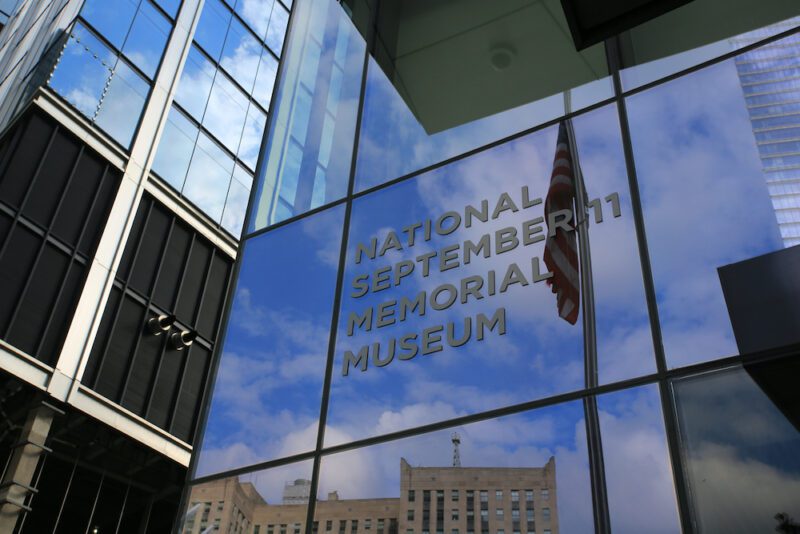 As the first deputy director for intelligence integration at the Office of the Director of National Intelligence, Robert Cardillo played a role in the high-stakes mission that resulted in a military raid on the compound of al-Qaida leader Osama bin Laden.

In an hour-long interview with Clifford Channon, deputy director of the 9/11 Memorial Museum, Cardillo recalled the anticipation leading up to the raid on bin Laden’s compound, his reactions as a helicopter unexpectedly went down and what it was like to work with President Barack Obama and other intelligence leaders at the time.

The interview kicked off the museum’s new online public program series on the anniversary of the raid on the compound in which bin Laden was found and killed in Abbottabad, Pakistan, on May 2, 2011.

The 9/11 Memorial Museum features a special exhibition on the hunt for bin Laden.

“Like museums across the country, unfortunately, we’re closed now, but until we can invite you back to the museum to see the exhibition, we do want to keep telling this remarkable story,” Channin said.

Cardillo is a distinguished fellow at Georgetown University’s Center for Security & Emerging Technology. He worked at the Defense Intelligence Agency from 1983-2010, rising from imagery analyst to ultimately become director of the organization. From October 2014 to February 2019, he directed the National Geospatial-Intelligence Agency.

Cardillo recalled being invited to listen in on an Oval Office meeting in which analysts were briefing then-President Obama on bin Laden’s possible whereabouts the September before the raid. In the following months, the intelligence continued to refine and deepen, he recalled, but analysts never felt 100% sure their target was in that Abbottabad compound until they went in.

Cardillo said members of the small group planning a possible raid were exceptionally unified and mission focused. There was no sense of “my agency versus yours.” An intelligence professional’s work, he said, is ultimately to give decision-makers the information to do their jobs.

Leading up to the raid, Cardillo was on the National Security Council. He initially questioned whether bin Laden would really hide out with more than 20 other people as each additional person posed a vulnerability to him.

“I found myself in those meetings being ‘that’ person, the one who would ask 18 questions about a new piece of intelligence,” he said. “… For what it’s worth, ultimately, I agreed with the assessment that it was most likely that bin Laden was in fact hiding there, but I grew quite a reputation for being the one who would ask just one more question to make sure we had turned over and challenged each of our assumptions.”

When forces began entering the compound and news came that one of the choppers had had a “hard landing,” Cardillo’s mind began racing with thoughts of previous tragedies. The pilot, he recalls now, performed extraordinarily in the situation as there were no casualties and the mission was not impeded.

Cardillo described his four years of work briefing Obama, whom he described as both the “most demanding” customer he had ever worked for and also the best intelligence consumer. The president, he said, was skilled at questioning assumptions, finding weaknesses in analytic theories and holding intelligence officials responsible for following their own tradecraft. The decision to go into Pakistan without certainty as to whether bin Laden was hiding there was a risky one.

“One can argue about whether it was a 40% call or a 70% call, but it wasn’t a 100,” Cardillo said. “It clearly was an estimate, an assessment, and as others have noted, the president had to make that final determination himself. You can imagine the implication if it was incorrect. You would suffer all the consequences of moving into an ally’s air space and operational domain, violate sovereignty, and then not achieve your objective. A very, very gutsy call.”