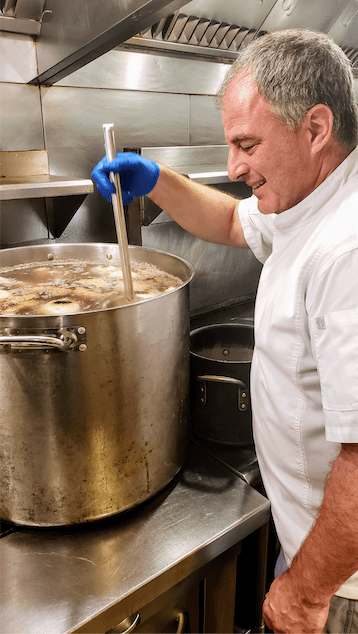 Jon Krinn is simultaneously doing social distancing, keeping his roughly 70 employees at full pay and launching a new strand of his business.

The owner of fine dining establishment Clarity in Vienna, Virginia, said he went through “an aggressively full pivot” about a month ago as restaurants began closing their dining areas in response to the COVID-19 outbreak. Like many eateries at this time, Clarity is offering takeout — but it’s doing it in a very intentional and personalized way.

“We’re a fine dining restaurant and everyone wants to support us, but that doesn’t mean you just put fine dining in a box and a bag and then ask people to come get it every day to make your business survive,” Krinn said.

Rather than offer the same menu, Krinn purchased smoking equipment, developed a dynamic menu of high-quality comfort food takeout options and continued the emphasis on people above food that has won him accolades among reviewers and admiration among patrons. And he’s continuing to diversify as opportunities arise, even launching, for example, a knife-sharpening service, and staying connected to his customers on Facebook.

His daughter’s not-so-thrilled reaction to spending her 13th birthday at home attuned him to another possibility.

“I got to thinking, there are probably a lot of people saying ‘eh’ in this environment around birthdays, anniversaries and special occasions,” he said. 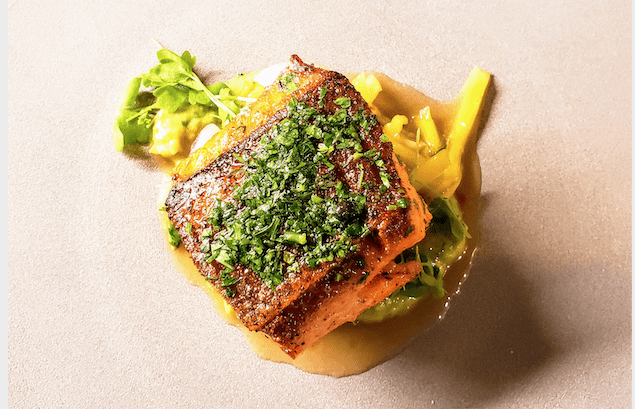 So Krinn followed up with social media posts explaining to customers how Clarity could help them celebrate. The pastry chef is continuing to make special desserts, and those who order receive special messages in their takeout orders. It’s social distancing, Clarity style.

“We’re doing what we would do normally in the restaurant,” he said. “We’re just making it portable. And it’s fun. It keeps people’s spirits up. They feel like they’re able to celebrate even though they can’t get the full Clarity experience in-house, we can do the next best thing if they tell us what they’re celebrating.” 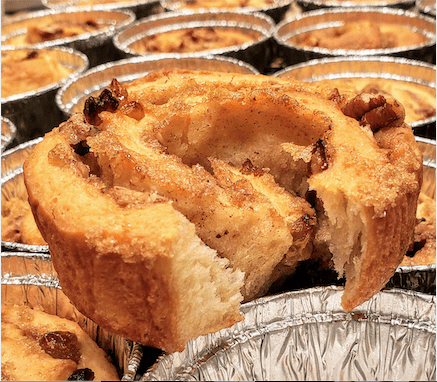 Krinn worked for eight years at Booz Allen Hamilton in innovation marketing before stepping into the restaurant business. Today, he’s pairing those marketing and business skills with an approach that’s helping him jump-start his takeout business.

His philosophy is to put the cart before the horse — and then go find the horse, he said.

“We pivoted to takeout immediately, diversified the product and then developed it behind the scenes,” Krinn said. “But you have to invest in it first, or you’re not going to be able to provide anything for anybody. And our actual product, the relationships, are driving this business because people are interested in seeing us around for the long-term.”

Chef de cuisine Nick Palermo developed a menu of smoked foods, including smoked ribs, smoked chicken and smoked fish, that have proven popular. Clarity has served many orders of Vietnamese style soup pho. And the focaccia pizza has been popular.

“We’re really diversified,” Krinn said. “There’s something for everyone every night.”

Once dining rooms reopen, he plans to incorporate the takeout business into Clarity’s other operations. The approach, he said, will position Clarity to come out stronger and more diversified.

“Business is going well, and I think it shows that (with) a full, aggressive pivot, you can get supported and be all right,” Krinn said.

One of his guiding principles as Clarity celebrates its 5-year anniversary this month is a sense of “clarity” about what business he’s actually in.

“Everything that other people call a product, I actually call a facilitator of the product,” Krinn said. “For example, the food, the whiskey and the wine are not products at Clarity. They’re actually facilitators. The products are the relationships we make — and we love making relationships.”