You are at:Home»News»CARES Act Provides Contractor Relief amid Coronavirus Crisis 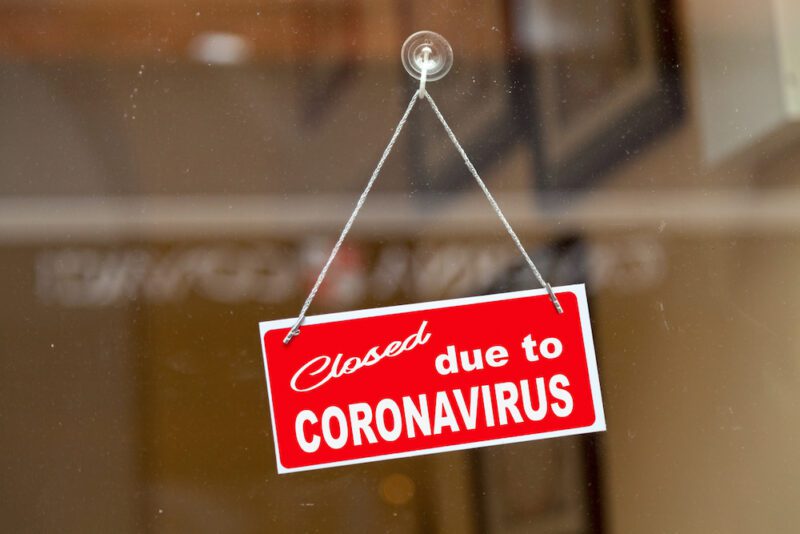 Previously, just 50% of the government’s national security workforce was protected from long-term effects stopping and starting work can have on technology professionals looking to have a reliable career path. Image: Gwengoat/iStock

Prior to March 27, only half of government employees’ careers and paychecks were protected during interruptions to their work related to budget issues or pandemics — but thanks to provisions in the Coronavirus Aid, Relief and Economic Security Act, that has changed.

The CARES Act, a $2 trillion coronavirus aid package, was signed into law by President Donald Trump to provide the U.S. with economic relief amid the coronavirus crisis. It’s the third aid package from Congress, and provides relief to affected state and local governments, individuals, small and large businesses, and hospitals.

It also includes a special provision that provides payroll relief for impacted government contractors — the half of the government workforce previously missing from such protections, said John Hillen, CEO of EverWatch Solutions, during a March 30 webinar hosted by the George Mason University School of Business Center for Government Contracting & Executive Development.

According to Hillen, for the past 20 years during stops and starts in government work and programs because of budget imbroglios and sequestration crises, only government employees were protected this way.

When federal civil servants couldn’t work historically because of lack of funding, they wouldn’t lose money, their careers weren’t on the line or interrupted and they didn’t have to dip into their vacation time or take time without pay — and rightfully so, Hillen said.

But during the COVID-19 crisis, and because of federal social distancing guidelines and state mandates, many government contractors, especially those in national security, can’t access their sites or work from home because of security reasons and certain clearances.

And as Hillen wrote in in a commentary for Washington Technology, he isn’t questioning the absolute necessity of thinning out or closing sites in efforts to limit the spread of the virus through social distancing.

“It would be wrong in a budget crisis to spend money the government has not appropriated, and wrong in a viral pandemic to keep sites fully staffed in the middle of the COVID-19 response,” he wrote.

But previously, just one half of the government’s national security workforce was protected from long-term effects stopping and starting work can have on technology professionals desiring a reliable career path.

If contractors were sent home because of work stoppage, being deemed nonessential or were not allowed to work and bill on projects, they were often told to take leave, with or without pay or the company that employs them had to carry them on overhead, Hillen explained.

“All of which can be done — but none of which are sustainable,” he wrote.

Many government contractors have security clearances, and are computer scientists, highly skilled technologists, engineers and so on. Many had long professional careers, and might not want to return to government contracting after being treated as “day laborers,” as Hillen put it.

“They’re highly trained professionals with exquisite technological skills and various security clearances, and yet they’re basically being [treated]as day laborers that can be picked up or dropped off depending on the need of the day,” he said during the webinar.

“In the meantime, companies like mine promised them a career, career progression, long career in the space,” Hillen added.

And while contractors are aware of the contract start and end dates and commitments, being taken off in the middle of the project and told to stay home, and being told although the contract is fully funded and the award was given, payments won’t come through — all that disrupts the workforce, Hillen argued.

So, there was real risk of losing technology talent to the commercial market after a budget-driven shutdown or pandemic-driven work stoppage. In fact, Hillen said it has happened before, and replacing them isn’t easy — clearances can be a multiyear process, and it takes time to get trusted by unique and interesting customers in the national security space.

“Once someone who leaves doing work for the national reconnaissance organization and goes to Apple, they tend not to come back,” Hillen said.

That’s why Section 3610 of the CARES Act is important.

Now, for the first time with this legislation, Congress will give tools to federal program managers and those managing procurement system so they can “essentially keep both parts of their workforce — their federal government employees and their cleared technology or professional service contractors — in place and at the ready and being paid for the work that they’re contracted for and want to do, but may be prevented from in a temporary situation,” Hillen said.

Section 3610 states, “. . . subject to the availability of appropriations, funds made available to an agency by this Act or any other Act may be used by such agency to modify the terms and conditions of a contract, or other agreement, without consideration, to reimburse at the minimum applicable contract billing rates not to exceed an average of 40 hours per week any paid leave, including sick leave, a contractor provides to keep its employees or subcontractors in a ready state, including to protect the life and safety of Government and contractor personnel, but in no event beyond September 30, 2020.”

This authority applies to a contractor whose employees or subcontractors can’t perform work on a federally approved site, including a federally owned or leased facility or site, because of facility closures or restrictions. It also applies to employees who can’t telework as their job duties can’t be performed remotely during the coronavirus crisis.

If these two requirements are met, the contractor can be reimbursed for expenses accrued from providing paid leave to the qualifying employee. The maximum reimbursement will be adjusted by the amount of credit a government contractor can receive in accordance to division G of the Families First Coronavirus Response Act and any other applicable credits a contractor is allowed under the CARES Act.

So, while there are technical details to be considered and worked through for how this provision is applied, Hillen said this is a step in the right direction.

And in the meantime, there needs to become recognition in the federal government that somebody oversees the contractor workforce, not just on a program-by-program basis.

“When you go program by program, program managers may make decisions that are smart for their program at the time, but in the long run, hurt the viability of this very precious workforce that is assembled slowly and overtime, and then needs to be kept in readiness at all times,” Hillen explained.

It’s Progress, But Works Remains to be Done

James Fontana, cofounder and managing partner of Dempsey Fontana PLLC, which provides legal services to government contractors, said to read the CARES Act provision closely. He emphasized agencies may modify contracts to allow for certain paid leave through Sept. 30, but it isn’t guaranteed, because it’s not legally binding.

“They’re in the same boat, but not necessarily in the same ocean,” he said during the webinar, referring to government employees and contractor employees.

Fontana recommends still looking into the available clauses in the Federal Acquisition Regulation that provide potential opportunity for contractors to recover additional costs related to work suspensions or stop orders, and provide for equitable adjustments with proper notice.

Specifically, Fontana said certain FAR clauses can come into play to help contractors deal with cost adjustment issues depending the contract type, that may come up later.

Still, each contract and situation must be considered on a case-by-case basis, clauses do have stipulations and relief is not always guaranteed.

“These agencies put out these useful and compelling and quite generous advisories, but that doesn’t mean that agencies may or may not fight them,” Fontana advised.

And ultimately, it may come down to the relationship between the government customer and prime contractor, even under protections given with the CARES Act and various Office of Management and Budget and Defense Department guidance.

“They’ll need to be really talked to and worked with in the course of this in order to get them to be more virtual work, telework and offsite work oriented,” Hillen said, “either now or in the long term in catching up hours in the contracts to get it done.”

Because at the end of the day and across the community, Hillen believes there will be lost hours and uncoverable work, and that’s where contractors would benefit from having legal assistance from firms like Fontana’s in their corner, to help with inevitable equitable adjustments.

Still, Section 3610 of the CARES Act encourages companies to do what they can to keep their workforce intact so once the coronavirus restrictions are lifted, employees are there and ready to continue.

Read the rest of our COVID-19 coverage here.