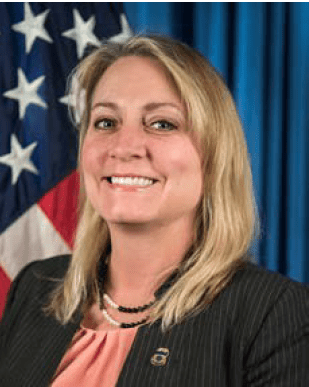 Beth Cappello began 2019 as the acting chief information officer for U.S. Immigration and Customs Enforcement during the 35-day government shutdown, and then for a five-month period while the CIO was on a detail assignment. One of the most dramatic changes was the migration of ICE systems from the DHS Data Centers 1 and 2, which was completed in November.

The DC1 migration was a short-fused effort, complicated by other DHS components’ dependencies on ICE systems. For example, because of a significant latency issue, Cappello led the various ICE Office of the CIO teams to substantially rework the cloud environment and network architecture for the very last system. The result was a successful transition and improved performance for the dependent application.

Cappello’s additional accomplishments include the migration from an on-premise email to Microsoft Office 365, initiating a network redesign to a software-defined wide area network, and sponsoring what is now the DHS Cybersecurity Service Provider assessment program.

And it’s Cappello’s Marine and previous government experiences that provide her with a unique perspective as she leads and directs DHS from the OCIO. She served active duty from 1984–1988 and was in the Reserve Instructor Computer Sciences School from 1988–1991.

“I am excited to bring a component perspective to the DHS Headquarters Office of the Chief Information Officer,” she said. “I have had the privilege of supporting the mission out in the field and at the component HQ level, so I see this as a natural progression. DHS is such a diverse and complex environment, and it is critically important that the IT community collaborate.”

Cappello said she will expect transparency and accountability across DHS it creates the IT budget to serve its mission, and the department will expand the use of technology and a structured methodology for tracking against strategic and operational plans.

“I also believe that cultivating the next generation of diverse senior leaders is a critical responsibility,” Cappello added. “I am proud of my work in leadership development to support retention and succession planning, in modeling service delivery best practices for the enterprise and in leading our huge leap forward in modernization.”

And going forward, it’s SD-WAN and cloud adoption that will help her advance DHS federal missions.

But ultimately in 2020, Cappello will focus on a few key initiatives: advancing DHS’ mission through network modernization and a plan to transition from the Networx contract; strengthening cybersecurity through cloud security, Trusted Internet Connection 3.0 implementation plans and zero trust use cases; and enhancing service delivery and optimizing organization.