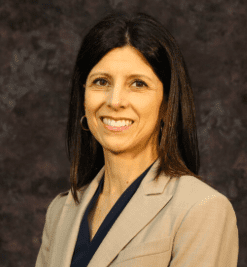 Juliane Gallina became the CIA chief information officer in April after an executive leadership position at IBM and having served in the U.S. Navy for 21 years, retiring in 2013 as a commander.

And as it goes in the CIA, sometimes the most notable achievements are classified.

“I’m happy to say our most significant accomplishments were too sensitive to share here,” Gallina said, reflecting on 2019. “We hope they stay that way.”

She’s also able to pull from her professional and service-based experiences as she leads the agency from the CIO office, especially as it pertains to her leadership approach.

“The Navy taught me so many lessons about leadership, mission-focus and caring for others,” Gallina said. “My experience in the service was so formative that it is hard to do it concisely.”

But there is one example she referred to that relates to her current position.

All midshipmen at the U.S. Naval Academy memorize certain historical facts and important quotes. John Paul Jones is a Revolutionary War hero who led forces in several notable battles at sea, where the colonials were just the underdog, as Gallina explained.

“He is quoted as saying, ‘men mean more than guns in the rating of a ship,’” she said. “In the days of wooden ships and sailors, the number of guns on a ship would rate its quality and ability to fight. I adapt this quote for our times by saying, ‘people are more important than technology in the assessment of your agency.’”

And though she pulls this quote from her earliest days in the Navy, she uses it to remind herself that no matter how great the technology strategy is, the CIA can only accomplish the mission through its people.

“I care deeply about caring for our officers and making sure we are equipping them well, and enabling them to operate technology in their mission seamlessly,” Gallina said.

Her time as a CIA officer in the Directorate of Science and Technology was also formative, and it’s where she found her calling as a leader in technology and strategy.

In that position, Gallina learned about complex system design, development, deployment and operations from her colleagues. She learned how to partner with industry and use acquisition strategy to gain national security advantage.

“I learned from amazing CIA and military leaders about how appropriate investment and delivery of technology solutions can create strategic advantage over adversaries,” Gallina added.

First, the enterprise IT team will continue to maintain operational readiness to ensure the agency is agile and responsive to mission users.

“Operational readiness is a non-negotiable reflection of the importance of our 24/7, global operation,” Gallina said.

Second, the CIA will focus on the field, as its emphasis on the field reflects the director’s experience and values, and the strategic direction of the agency overall.

“Our investment portfolio and work activities are aligned to these priorities,” Gallina said. “Consequently, we will continue to accelerate our cloud journey. We are developing a plan to make artificial intelligence and machine learning ubiquitous in all functions and all places the agency operates.”