You are at:Home»Execs to Know»Featured Executives»Michael Niggel Plans to Lead ACT I Team into Future of Success 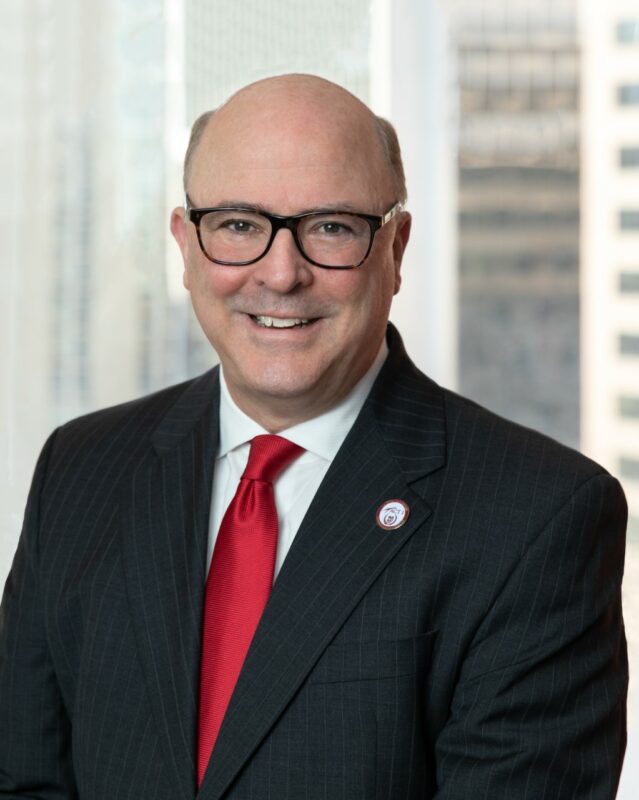 Michael Niggel founded Advanced Concepts & Technologies International 21 years ago, and as CEO, has evolved from leading an acquisition management firm to a team of problem solvers for the U.S. and allied governments — with an emphasis on team.

After undergraduate studies at Hendrix College and receiving a Master of Public Administration degree in finance and policy analysis from Indiana University Bloomington, Niggel joined the Presidential Management Intern program with the U.S. Air Force in 1983.

This internship gave Niggel experience with the Air Force Systems Command, Aeronautical Systems Center, System Command Headquarters (which was at the Andrews Air Force Base at the time) and the Office of the Secretary of Defense. But after three years, he wanted to take the leap from government to industry.

But at the time, Niggel’s wife was an active duty Air Force officer — which meant they were bouncing around quite a bit. And as Niggel rose through the ranks within SAIC, it became harder and harder to do so.

After a 12-year career with SAIC, Niggel and Harold Rafuse — a retired military officer and Niggel’s deputy at SAIC — decided to start ACT I in 1998, originally headquartered in Waco, Texas, and eventually landing in Arlington, Virginia.

And it was in the Washington, D.C., area the company grew to 50 people and $10 million, later overcoming sequestration in 2014. The company initially focused on acquisition management, but has since expanded into other areas, functions and domains, growing to 250 people and 17 states.

But there’s another important mission at the core of ACT I: “Trying to help all the people in ACT I build career paths, develop their skillsets, work well and communicate with each other and build partnerships with big and small companies — that’s what we’re up to every day,” Niggel said.

WashingtonExec sat down with Niggel to talk more about the upbringing, the longstanding mission and the future of ACT I.

Why did you choose to create your own acquisition management company?

Two reasons I started the firm: One is I always wanted to be an entrepreneur and build a firm. And two, there were a lot of conflict of interest issues with SAIC and the whole industry back in the late ‘90s. The company would want to do this hardware or that software, and it would limit our acquisition management group from bidding on things.

What are the values you started ACT I with that remain core values today?

It’s very similar core values to [SAIC founder J. Robert Beyster’s] values and Air Force values as well: service before self, trying to do the mission of helping the warfighters and the government, providing good government support. That’s what we try to do every day.

The most important thing to us, really, is taking care of those at the frontline fighting, and the ones right behind them and their spouses. Because I’m a dependent, when my wife was in the service, I understand how much the spouses and the families give when they’ve got a member serving — it’s way more than the public knows. So, those are the people we really ought to focus on.

And if you go look at our website, you’ll probably see 20 charities that we support. A lot of them are military or veteran, but we also have a charitable committee run by the employees. They decide where we give time and money. It’s their time, it’s their money.

There are some interesting things, some of them are real personal because some people have members affected by that particular disease. Others are religious and others are community-based. That’s really why we exist. That drives employee satisfaction.

Did you anticipate the growth ACT I experienced from its first decade of existence to its second, and then going forward?

And 10 years from now, I think this company will be going gangbusters. We’ll be 10 times this big if the same people stay together and keep working at it.

What does the near future hold for ACT I?

In the next five years, we plan for ACT I to more than triple in revenue and headcount. Our vision is to “be the premier international experts in integrated total acquisition management solutions for our nation and global partners,” and we’ll do that by executing our strategic plan in a committed and impactful way.

We are planning to grow from 300 to over 1,500 employees providing [total acquisition management services]across the four domains/customer sets that we mentioned earlier.

How do you see ACT I handling this significant growth?

There are several keys to ensure that we to continue to grow at these rates. People, processes and systems are the key to scalability.

Most importantly, attracting and retaining the best people to ACT I is our top priority. We’re committed to being a great place to work, and that improves not only employee outcomes but also customer satisfaction — both of which will fuel our growth.

We have fantastic people and we train them on the fundamental functional skills within total acquisition management and we have developed and hired senior leaders that have demonstrated experience managing departments and firms of our 2023 target size. We will continue to attract and retain top talent to lead our growth strategy and plans.

In 2019, we are developing and testing a prototype enterprisewide architecture that will tie our technical, business and management processes together into an efficient automated workflow system and allow for major productivity gains.

What’s ACT I’s secret recipe that sets it apart from other service providers?

Well, we think that ACT I’s has a few key things that allow us to stand out.

We have a full range of talent and depth at all levels — C-suite, program managers and mid-level management — of the firm with domain and functional expertise, including decades of service in government and industry.

We are dedicated to our customers’ missions and the warfighters.

And we are very good problem solvers who know how to take a holistic approach to assess and balance the technical, cost, schedule and risks in managing complex programs and situations to drive successful solutions for our customers.