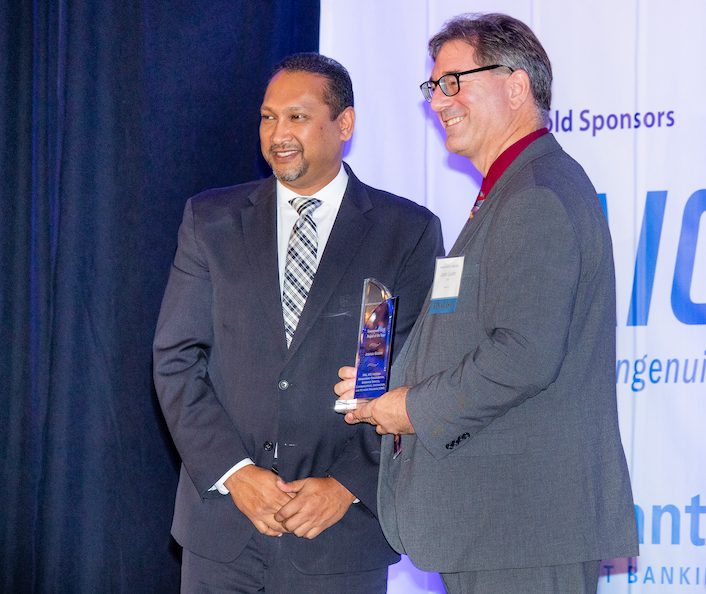 Joshua Gustin is one part of the Federal Aviation Administration group that received WashingtonExec’s Pinnacle Award Government TEAM Project of the Year from SAIC’s Sanjay Sardar on Oct. 31.

Joshua Gustin and Felisa White make up the duo that received WashingtonExec’s Pinnacle Award Government TEAM Project of the Year.

Gustin is the manager of Communication, Information & Network Programs at the Federal Aviation Administration and White is the SWIM on-ramping lead at the same agency. 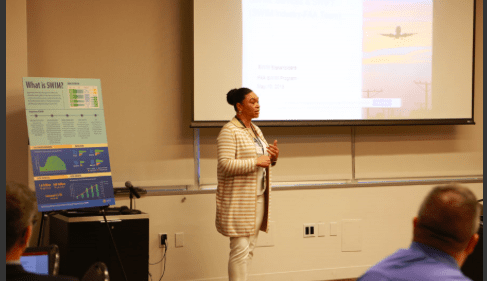 Gustin and Felisa White are members of a government team project — SWIFT (SWIM Industry-FAA Team) — to create an open forum that includes various skillsets from operations, IT, research analysts, business managers and others to promote open dialogue geared toward identifying problems and the “right data” to address the issue while allowing industry and government to work together, transparently.

Gustin serves as manager of communications, information and network programs, and White is manager of program management and integration.

Gustin has been with FAA for 17 years and has held a variety of roles, working his way up from program manager, traffic flow management to his current position which he has held since April 2017. He holds a bachelor’s degree from the University of Lowell in management information systems, mathematics, computers.