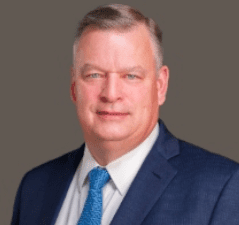 Centauri has purchased The Design Knowledge Co. and PreTalen, Ltd., both headquartered in Dayton, Ohio.

The move expands Centauri’s investment and presence in the region, the company said.

And according to Centauri, the acquisitions more than doubled the number of company employees in the region to more than 300, and further places the company in space, cyber and intelligence markets. The company now over $475 million of annual revenues and 1,650 employees, 20% of which support customers in the Dayton market.

Plus, Centauri is building research and development labs and secure facilities in the Dayton area to expand its innovation and advanced solutions to customers.

Centauri CEO Dave Dzaran noted both acquired companies’ exceptional talent and shared culture of innovating new capabilities for the warfighter. He added Centauri is working with The Design Knowledge Co. to build capabilities that help ensure trusted microelectronics in the supply chain for defense and intelligence communities.

“Their expertise in space domain awareness further strengthens Centauri’s existing space-related mission capabilities focused on the next generation of solutions that will serve this rapidly-evolving domain,” Dzaran said.

And PreTalen’s skillsets in positioning, navigation and timing architecture is a differentiator on its programs, according to Dennis Kelly, Centauri president and chief operating officer.

“PreTalen has built a critical mass of the most innovative employees in both PNT and cyber, and we are excited to facilitate collaboration not only with our Dayton operations but also across the rest of our company,” Kelly said.

PreTalen CEO Greg Gerten and The Design Knowledge Co. founders Dan Schiavone and Eric Loomis, along with both companies’ leadership teams, will become a part of Centauri’s operations in the region.

Centauri’s investment in the Dayton region follows the company’s hiring of Elena Oberg, former vice commander of the Air Force Research Laboratory, headquartered outside Dayton at Wright-Patterson Air Force Base.