You are at:Home»Events»Upcoming Local Awards & Events»After 3 Decades of Helping Children, Fight Night Finale Promises to ‘Go Out with a Bang’

Fight For Children President and CEO Keith Gordon promises the organization’s upcoming gala and networking event will “go out with a bang” as it concludes 30 years of a special night to raise funds to secure a brighter future for children in low-income communities.

After a more than two-decade career in which he held leadership positions with several high-profile organizations including the NBA and NFL Players Association, Gordon decided he wanted to shift his focus to have a greater social impact. Four-and-a-half years ago, he joined Fight for Children.

Now, he is gearing up for the last flagship fundraiser. Fight Night: The Final Round will be Nov. 14 at the Washington Hilton. The 30th annual fundraiser is a night of professional fighting as well as a black-tie gala with cocktails, a silent auction, dinner, celebrity appearances and a headline performance by Cheap Trick.

The late Joe Robert Jr., who succumbed to brain cancer in 2011, started Fight Night as an opportunity to bring his friends and colleagues together for a fun night to raise funds targeted at supporting the lives of at-risk children throughout the Mid-Atlantic. Fight Night has since generated more than $70 million and impacted nearly 400,000 children. 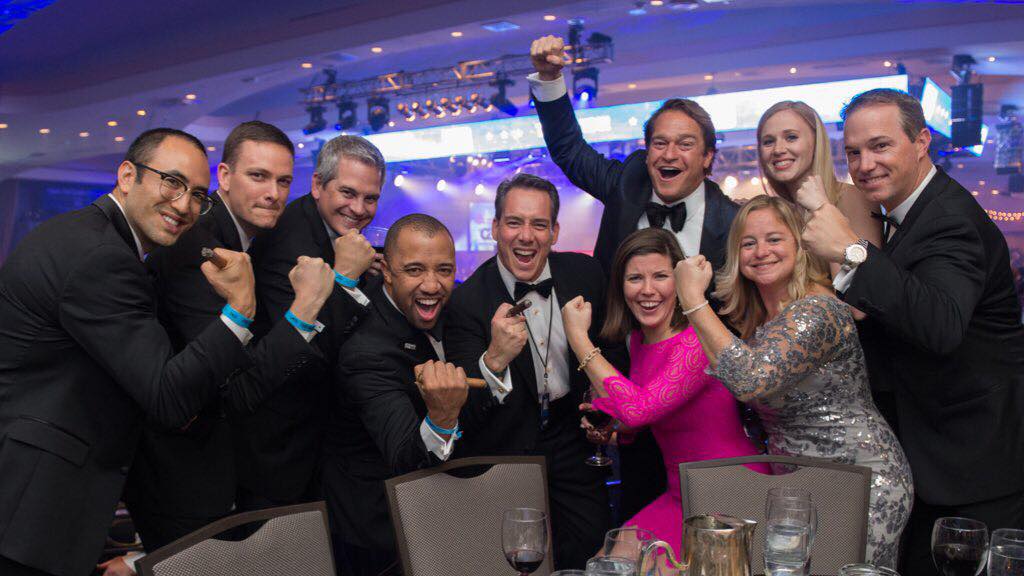 This year’s Fight Night will showcase iconic elements from past events. From cowboy steaks and Cuban cigars to world-class boxing, headline entertainment, celebrity appearances and what organizers call a “one-of-a-kind auction,” planners are arranging to go out with a bang.

In addition to showcasing Fight For Children’s long-lasting impact, the event is an opportunity “to treat everyone to one final, spectacular, good old-fashioned Fight Night,” Gordon said.

“One of the highlights this year will be the recognition of the former Fight Night chairs in the ring,” he said. “Fight Night’s success is so closely tied to the commitment of these individuals, and the incredible contributions they’ve made to FFC and Fight Night. With the exception of a few that are no longer with us, we expect to have most of the prior chairs with us to celebrate at Fight Night.”

The funds raised from this year’s event will support Fight For Children’s mission to foster the physical, social-emotional and academic development of current and aspiring student athletes by supporting quality youth sports programming in high-need communities throughout Washington, D.C. FFC also recently announced a $5 million gift to Children’s National Hospital to establish a new sports medicine center for children and teens.

“Joe believed in ‘thinking big’ for kids, and in that spirit, I am announcing that The Joseph E. Robert, Jr. Charitable Trust will be underwriting the entire cost of Fight Night: The Final Round so that every penny raised will directly benefit at-risk youth,” said David Fensterheim, chairman of Fight For Children and trustee of The Joseph E. Robert, Jr. Charitable Trust. “While this will be the last Fight Night, it is not the end of Fight For Children. I couldn’t be more excited about Fight for Children’s future — stay tuned.” 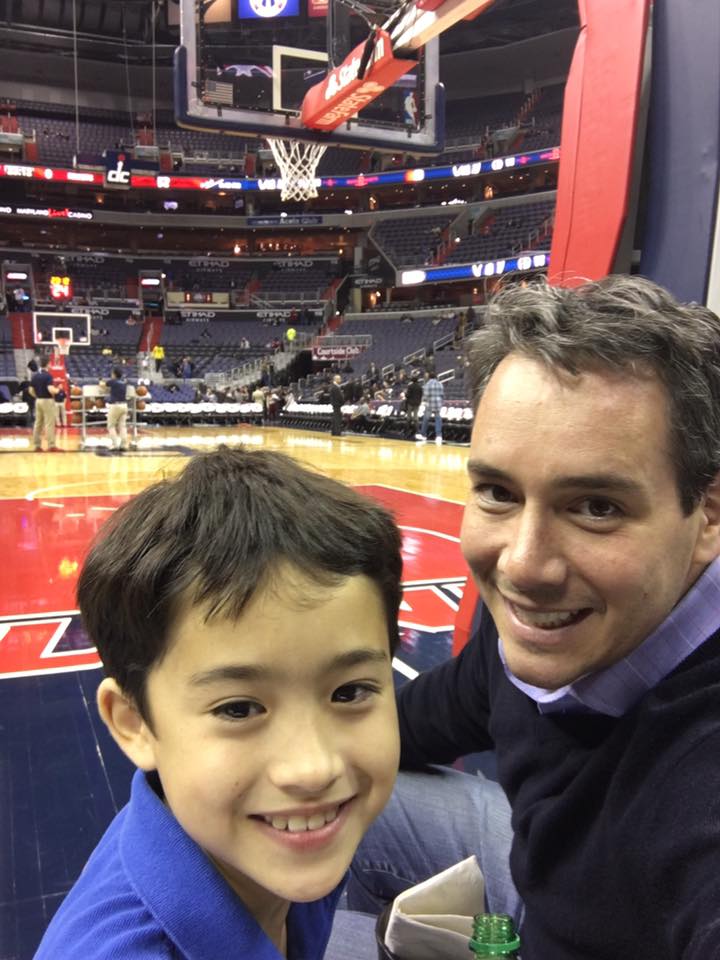 Keith Gordon with son, Matthew, at a Wizards game.

Gordon himself has had a high-profile career, although it has turned out much differently from the way he envisioned when he was studying political science and history at Arizona State University back in the ’90s.

After college, he had planned to move to New York, work for the U.N., take the Foreign Service exam and become a diplomat. However, things didn’t turn out that way.

“After realizing I couldn’t afford to live in Manhattan on an entry-level U.N. salary — or subsist on a steady diet of Ramen noodles — I took a job at a small advertising agency,” Gordon said.

The rest is history, as they say, and every step along the way has been another stepping stone along a long and winding career path.

Gordon believes everything happens for a reason, or as it is supposed to. On his first day in New York, he met his future wife. He would go on to take a job in advertising, move overseas and start a new business only to eventually move back to New York.

That move led to him joining the NBA, where he held leadership positions in marketing, operations and business development from 2000 to 2007. After a newly 2-year stint at another company in sports marketing, Gordon came to the NFL Players Association, first as vice president of licensing, then, beginning in 2009, for 5.5 as president of the organization.

“I believe that experience is the best teacher, and working at the NBA and the NFLPA were two of the greatest experiences of my life,” he said.

Gordon refers to the NBA as the “most progressive organization” he has been a part of.

“From the top down, this business succeeds because of its smart, strategic, bold, inclusive and transformative culture,” he said. “This is the place where I learned not to fear change, but to embrace it, support it and drive it if you can.

This view of the world was crystallized by NBA Commissioner David Stern after the performance of Team USA in the 2004 Olympics, Gordon said. Rather than try to deflect, Stern celebrated the result of a great moment in time for basketball around the world, as it had become a global sport.

Gordon said working for the NFLPA likewise shaped his skills as a leader and champion for others. Working alongside DeMaurice Smith, whom he calls “one of the most inspiring people” he has ever met, Gordon learned to maintain perspective, value great leadership and realize the benefits of having a great network as well as the joy of helping others achieve their potential.

“Those experiences are the foundation of my work at FFC,” he said. “Here, in order to be effective, we have to be willing to push the limits and use our platforms to drive impact. While people certainly have differing views on Fight Night, the numbers speak for themselves: 30 years, $70 million raised, 760 local grants and nearly 400,000 kids impacted.”

Prior to joining FFC, Gordon had the experience of managing many high-profile events throughout his career. When he initially became involved, Kevin Plank and Under Armour were presenting sponsors. In his first four years with FFC, the organization generated more than $18 million from Fight Night alone.

“FFC has certainly evolved over time, but it has always stayed true to its original mission of fighting for children in need, and for those too small to fight for themselves,” he said. “This is what motivates me every day.”