You are at:Home»Execs to Know»Fluor’s Thomas D’Agostino Finds Passion in Serving — from Navy to Industry 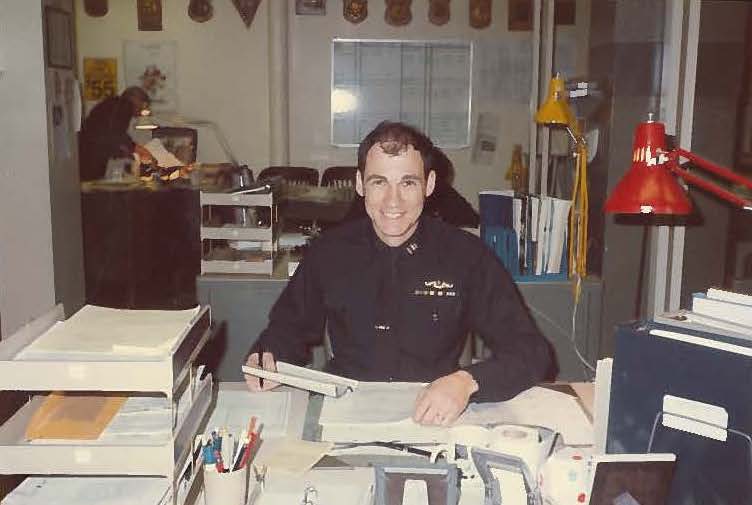 Thomas D’Agostino spent 8.5 years on active duty in submarines, and about 20 years after in the Navy Reserve before retiring as a captain.

If there’s one thing Thomas D’Agostino learned during his time in the U.S. Navy that has stuck with him throughout his career, it’s to do your best job today, no matter where you are or what you’re doing in life.

D’Agostino currently is the president of Fluor Government Group at Fluor Corp., where he’s been since 2013. But prior, D’Agostino boasts a decorated military and government career that began with the U.S. Naval Academy.

“What do you know at age 16 and 17, when you’re applying to college?” D’Agostino joked. “You usually don’t know much.” 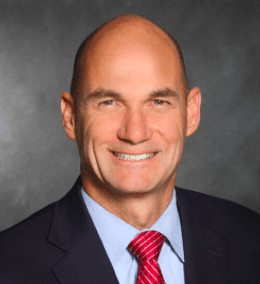 Today, Thomas D’Agostino is the president of Fluor Government Group at Fluor Corp.

He knew he liked the ocean but also the idea of public service. D’Agostino grew up in the Washington, D.C.-area, and Annapolis, Maryland, the home of the Naval Academy, wasn’t far away. So, he applied, attended and got his bachelor’s degree in physical science.

He spent the following 8.5 years on active duty in submarines, and about 20 years after in the Navy Reserve before retiring as a captain.

But he didn’t land in submarines by choice. He had always dreamed about being up in the air, not submerged in the depths of the ocean.

“’Top Gun’ was big, so I figured it’d be nice to be like Tom Cruise and be a fighter pilot and drive sports cars and hang out and play volleyball,” D’Agostino joked. “That’s kind of what you think about at age 20.”

But the year he was graduating from the Naval Academy, the Navy needed nuclear-trained officers. The Navy was short and had a lot of submarines out.

“That was the last thing I wanted to do,” D’Agostino said. “The exact opposite of being a pilot is being underwater without seeing the sun and living inside of a machine.”

Regardless of D’Agostino’s reservations, when you’re in the military, you go where you’re told, he said. D’Agostino was thus drafted with about 80 others to the submarine field of service.

It was difficult, but D’Agostino stuck with it. It turned out he loved being in submarines — thanks to a great atmosphere, commanding officer and crew of high-caliber people.

“It wasn’t at all what I had thought, and I became to love that part of the Navy,” D’Agostino said.

He spent his time on submarines — once for 72 days straight — as a nuclear-trained officer operating the nuclear reactors, making electricity and fresh water, providing propulsion for the submarine, working the sonar system, preventing and recovering from flooding and so on.

“The Naval Reactors program . . .  is a top-notch organization,” D’Agostino said. “They have very precise rules. They’re highly technical. They follow procedures. It’s a learning organization, and they spend a lot of time in training, officers and enlisted, to maintain and operate the reactor and the propulsion systems.”cr

In addition to naval mission tasks such as sinking targets and manning torpedoes, D’Agostino spent a lot of time underwater learning.

The Naval Reactor program began with Navy Adm. Hyman G. Rickover, whom D’Agostino credits with forcing him into the program.

“If that hadn’t happened, I wouldn’t be here, and I wouldn’t have had a chance to serve and work with really great people,” D’Agostino said.

D’Agostino spent more than 8 years on active duty as a submarine officer, which included assignments onboard the USS Skipjack and with the Board of Inspection and Survey as the main propulsion and nuclear reactor inspector. There, he performed nuclear reactor and propulsion engineering inspections for more than 65 submarines and nuclear-powered ships in the Atlantic and Pacific fleets.

And ultimately, this experience taught him that no matter where or what you’re doing in life, do your best today.

“Don’t worry about trying to overplan your career,” D’Agostino said. “I thought I was planning out my career to be a pilot and I was super disappointed when that didn’t happen. What I learned from that experience early on was that I didn’t know everything, and the most important thing is to do a good job where you’re at.”

He believes career happens because of behaviors on a day-to-day basis, and opportunities open to those focused on doing their best job.

That philosophy helped D’Agostino throughout his career. It opened doors that never would have opened had he remained disappointed and unhappy with submarine duty.

“I figured out a way to make myself happy with it, and it turned out to be the best thing for me,” he said.

D’Agostino reached the rank of captain in the Navy Reserves after his time in active duty. He served in a range of assignments, including as the Navy Department duty captain in the Navy Command Center in the Pentagon and in nuclear reactor operations and technical program management at the Naval Sea Systems Command for the Seawolf submarine propulsion system.

His Navy experience also set him up to not tolerate failures, which came in handy when he later joined the Energy Department’s nuclear weapons program.

“I’ve found those same qualities in the government programs that I joined, and that was a good foundation. The Navy was a great foundation for me,” D’Agostino said.

After years as a mechanical/nuclear engineer at the Department of the Navy, D’Agostino served in several executive roles responsible for program planning, budget formulation, and operation and oversight for program execution at the Energy Department.

“I knew at the end of the day, Washington is about how you move money or resources around and how companies make decisions on risk, and so I knew I needed to learn that,” he said.

After a year at the Naval War College, D’Agostino returned to the Energy Department. Congress had recently established the National Nuclear Security Agency and D’Agostino supported the deputy administrator for Defense Programs, and eventually the administrator, in pulling together programs and budgets.

Eventually, D’Agostino was asked to join the political ranks and run NNSA himself. He served as NNSA administrator under President George W. Bush, and in 2007, as the undersecretary for nuclear security at the Energy Department under President Barack Obama.

“Serving for 8 years in political positions for two different presidents was a real honor, and particularly my ability to serve the people that work in the organization. That’s what mattered to me the most,” D’Agostino said.

In those 8 years, D’Agostino was responsible for numerous nuclear programs, including weapons, propulsion, security, counterterrorism and emergency response.

“The reality is, it’s not about me. It’s the people in the organization that were doing just unbelievable work and one person can’t do it all. One person never does it all. It’s always others that get the job done for you,” D’Agostino said, reflecting on his time in government.

Getting the Job Done in Industry

D’Agostino left government in 2013 after serving as an undersecretary at the Energy Department. After a much-needed break, he became a consultant for a few months, serving on boards and enjoying some flexibility.

It also became clear he could contribute more to helping government get the job done if he joined the contractor community.

“The people in government are serving their country. They’re civil servants. They’re literally servants serving a higher cause, and we get to serve them,” D’Agostino said. And serving was a big part of his DNA.

D’Agostino used the best advice he received when he left government and was looking for a job. It came from his mentor Dale Klein, who also served in government and had left the administration months before him.

D’Agostino had a few opportunities on the table, but it was Fluor Corp.’s core values that drew him in: safety, integrity, teamwork and excellence.

“That was the difference maker for me, those core values. That’s why I came to Fluor,” D’Agostino said.

Now, he’s a group president for Fluor, leading its Government Group and overseeing sales and delivery of services to agencies including the departments of Defense and Energy, NNSA, Canadian Nuclear Laboratories and the U.K.’s Nuclear Decommissioning Authority.

Going forward, his top priority is excelling and delivering on the contracts Fluor has right now and doing so safely. D’Agostino is also focused on growing and diversifying Fluor’s business to other areas of the U.S. government.

D’Agostino’s time in the Navy had taught him to do a good job today, no matter where he was and not to worry about tomorrow. He was able to match his values with Fluor’s core values and standards and rise to executive leadership.

But the most rewarding part of his career isn’t related to awards or status — it’s receiving a simple “thank you” from somebody Fluor is serving as part of its contracts.

For example, as part of a contract supporting troops in Afghanistan, Fluor’s team deployed on location served Thanksgiving meals, refueled aircrafts, ensured mail was coming through and kept the fitness center operational.

“The most rewarding is having a 21-year-old Army private come up and say, ‘That’s the best chow, that makes me feel like I’m at home, I really appreciate that.’ That’s just over the top,” D’Agostino said.

And D’Agostino spends a lot of time on the road visiting Fluor’s deployed teams around the world seeing firsthand the people on the ground getting what they need.

“I’ve had great opportunities to do lots of fun things and rewarding things for the last 35, 40 years,” he said. “But recently, since I’ve been in this business . . . we do love to serve people who are serving their country and take great pride in being able to do that in that way.”