You are at:Home»Execs to Know»Cloudera’s Shaun Bierweiler Measures His Career by Impact, Purpose and Passion 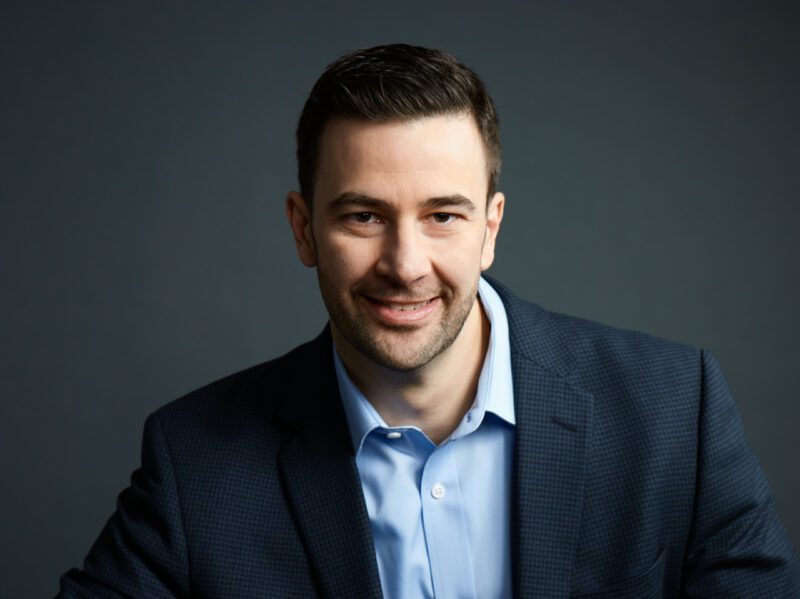 When Shaun Bierweiler first joined the government contracting arena in 2005, he thought it would be for a year or two in the field expanding his skills and escaping the Florida heat. But life, as so often happens, had a different idea for him.

Fast-forward nearly 15 years and Bierweiler sits as vice president and general manager of public sector for Cloudera, following a consistent career in the industry.

But originally, Bierweiler was into engineering. Growing up, he had a hard time focusing on one thing for too long and found technology thought-provoking and transformative.

“You can always constantly learn and you’re never stale,” Bierweiler said. He enjoyed coding and web programming, and the ensuing visible outcome and impact.

Bierweiler later graduated from the University of Florida with a bachelor’s degree in computer engineering, and afterward got recruited by a couple of integrators.

“Raytheon has a big presence in Florida, and they were willing to relocate me,” Bierweiler said. “We talked about exactly what the mission was. I wasn’t sure what I wanted to do, but I knew I wanted to make an impact.”

So, Bierweiler took the opportunity to have a purpose and to expand his skills.

He began at Raytheon as a software engineer, moved to the Washington, D.C.-area and spent just under eight years at the company. He left Raytheon in 2013 as the Navy programs capture and strategy lead for business development.

But Bierweiler’s love of technology drove him to business, too. He expanded on his education and received his MBA from the University of Maryland with a focus on management and corporate strategy.

And during his MBA process, he learned what interested him in technology — the impact and the constant interdependencies — was very similar to business and strategy.

“If you look at a lot of the steps in my career, I’ve constantly tried to find places that were technically intriguing but also had business applications that kind of broke the norm,” Bierweiler explained.

What started as engineering turned into engineering management, program management, business development, and eventually, a leap to the original equipment manufacturers side as a software provider.

During Bierweiler’s time managing Raytheon’s Navy business, the way of doing business was changing — it was becoming more tactical, enterprise open source was emerging and he found himself having conversations with customers about where they should be going.

“That was at the same time when my friends at Red Hat had been trying to get me to make the move over there, and the timing just wasn’t right until it was,” Bierweiler said.

Bierweiler took his naval business experience to Red Hat in 2013, starting as the director of Navy, Marine Corps and Combatant Commands business, and rising to director of sales for federal systems integrators and the Defense Department.

“I had a tremendous opportunity to come over to Red Hat, to continue that mission, to take an already successful business and help expand their footprint across the Department of Defense,” Bierweiler said.

And in 2016, he was given the opportunity to lead and help grow Hortonworks Federal, Inc, the public sector subsidiary of software company Hortonworks, as vice president of public sector.

“If you look at the history of Hortonworks and Red Hat, there’s quite a bit of common pedigree both in terms of people but as well as their history,” Bierweiler said.

A Resume of Experiences and Leadership

As Bierweiler has gradually excelled in his career, he has had to lead in various capacities — and has had great leaders to learn from.

“To me, being a leader means attracting and retaining the best people and allowing them to be successful, and eliminating as many obstacles from their way,” Bierweiler said.

He has had several mentors throughout his career, but at Raytheon, Bierweiler was able to pick the brains of many former military leaders — those with three or four stars under their belts. He was impacted by the respect they received when they entered a room and their humbleness and service-oriented leadership.

And it wasn’t that they were flashing their titles or demanding respect; it was simply because of their experiences.

“To me, titles are things that you have; respect is something that you earn. That’s really what leadership and those key lessons helped to instill in me,” Bierweiler said.

At Cloudera, his job is to get feedback from his team members and ensure he’s giving them the tools they need to be successful. He sets a high-level strategy for where his team is going — especially as a combined organization and a team twice as large after the merger.

“It’s even more important for everyone to understand where we’re trying to go,” Bierweiler said.

He has also been given opportunities in his career at much earlier stages than others, including working internationally.

“It was incredibly challenging at the time, but also helped to craft me into the individual and the leader that I am,” he said.

And working internationally wasn’t much different from working domestically in terms of approach — it requires understanding the customers, various cultural practices and ensuring effective communication of value propositions and their way of doing business.

Ultimately, Bierweiler aims to lead by example, ensure his team is set with a common vision for where it needs to go and is practicing what is preached.

If You’re Not Sold, You Can’t Sell

As Bierweiler has explained, he didn’t mean to be in the federal sphere — but it happens to be where his purpose has landed him.

“I’ve always had an interest in purpose, and I think the federal space and the Defense Department has very real value that all of us can relate to,” he said

And where there’s purpose, there’s passion. Bierweiler always had an interest in business and technology, but it’s the intellectual curiosity and desire to have real value that motivate him.

“I think having passion is important. If you can find something that you’re passionate about, work doesn’t turn into work; it just turns into an application of your skills,” Bierweiler said.

He tells his team members if they’re not sold, they can’t sell; so make sure to have a personal conviction, pride and ownership for what they’re delivering to customers. For Bierweiler, these are non-negotiables and must-haves for any personal or professional career.

And as far as career growth goes, Bierweiler isn’t driven by moving up. He’s driven by his passion for technology, his team and the impact.

“As long as we are able to continue to have conversations and talk to customers and get that reassurance that what we’re doing is truly having an impact, then I’m happy to come to work every day,” he said.

But it’s not all work that keeps him going. He spends as much time as possible with his two daughters, does CrossFit and makes a point to learn languages so he can communicate to some extent with other nations.

Bierweiler’s current focus is completing the merger and bringing together the people and the foundation.

For his division, he believes data drives decisions and systems at a more strategic and significant rate than any other vertical across the company, so Bierweiler aims to effectively help customers continue to understand value from data frameworks.

And in 10 years, he hopes to have had the impact on his team leaders had on him. He hopes to have led his team and the organization to success and prosperity, but most importantly, to see leaders in industry he helped shape.

“That will be incredibly something to be proud of and I think is truly indicative of an effective leader,” Bierweiler said.