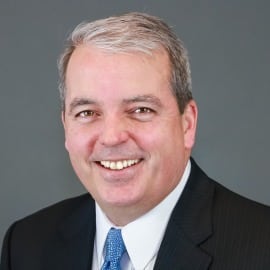 “We see this (partnership) as a way to truly help accelerate the modernization of our customers’ legacy code,” NCI President and CEO Paul Dillahay said. “One of the major problems that the federal government has is that they’ve got old legacy code written 30 or 40 years ago, they have an aging workforce and a retiring workforce, and they have undocumented code as well. How do they then take that code and modernize it with very few people who understand it and know its history and what its intent was? That’s where the Holonic CodeIntent solution comes into play.”

Holonic President and CEO Eric B. Schorvitz said CodeIntent has the ability to parse existing code regardless of language. It has been under development for two decades, with the first practical application being in 2000. Even back then, the Holonic team working on conversions completed a project with a year-long timeframe in just two weeks, he said.

The solution hitting the marketplace today is believed to be four to six times faster than traditional software development projects and carry cost savings of 70-80%, Dillahay said. It’s expected to greatly accelerate customers’ migration to the cloud, and company representatives are already introducing it to existing and potential customers, many of whom are interested in code refactoring.

Dillahay said they’re proposing using CodeIntent in some of their software development projects, and they anticipate using it in response to task orders related to a recent award from the Department of Health and Human Services.

CodeIntent parses any existing code from any programming language on any system, with or without documentation and with or without assistance from existing application experts. The solution converts it into a mathematical representation of its true intent, Schorvitz said, paving the way for modernization efforts. 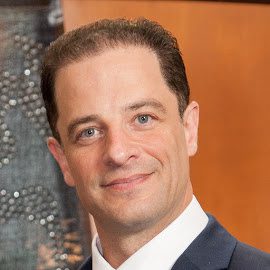 “What’s exciting about it is that in that space, we can identify any security flaws, any bugs, any logic errors, and repair them, automated,” Schorvitz said.

The code can then be returned to the client in a client-specified language and client-specified platform — whether cloud or a closed system — and in a style with which the developers are familiar.

“Humans do not have anything to do with the outputted code,” Schorvitz said. “By having a fully automated system, there is no chance for new bugs or new security risks to be introduced. The only time humans get involved is in the training of the AI.”

NCI’s partnership with Holonic is the third in a string of exclusive, strategic partnerships designed to bring commercial solutions to federal customers.

Dillahay said each of those partnerships is the result of a strategy he began working on with his leadership team when he joined NCI in 2016.

“We realized that (NCI) was commoditizing and that we needed to do something different or the business was just going to underperform,” he said. “So, we made some investments in artificial intelligence.”

In the midst of that process, NCI was acquired by H.I.G. Capital LLC, and leaders there made the introduction to Holonic. Dillahay said Holonic’s solution seemed so innovative and nearly unbelievable that they wanted to test it for themselves. So, NCI became a Holonic client.

“We ran a pilot with them with some proprietary code we have, which is being utilized in the Air Force, and we gave them PowerBuilder,” Dillahay said. “They went, they converted that code in 13 weeks to Java 8 without any humans touching the code. That was the evidence that told us we needed to accelerate forming this partnership, and we have.”

“We’ve always . . . been focused on the development, the training of the machine learning system, the training of the AI, and the implementation of CodeIntent,” Schorvitz said. “That’s what we do best. We knew that there was a way to disrupt the market in the federal government space — the speed to market, the cost reduction, the technology — so being focused on that, we knew that our growth strategy was to leverage partners . . .  There was just a natural move from a client relationship to a partner relationship.”