You are at:Home»News»National Security»Pentagon Needs to Adopt Space-as-a-Service, Says Report 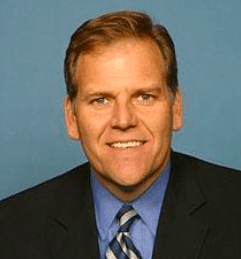 While the U.S. has a thriving commercial space industry and relies on space for national security and economic strength, Russia and China are upping their counterspace capabilities and space assets — and now U.S. policymakers must act, a new report concludes.

Titled “Securing the Highest Ground,” the new report from the Center for the Study of the Presidency and Congress’ National Security Space Program includes recommendations for adopting commercial capabilities into the national security space architecture. It was written by project co-chairs and former Reps. Mike Rogers and Glenn Nye, CSPC CEO and president.

According to the report, the Defense Department needs to reorganize, retrain and properly equip for space by adopting space-as-a-service rather than as a product, and reimagine its relationship with the commercial sector to do so.

And that’s because the greatest challenges facing the national security space enterprise are not engineering or technical, but human, the report found.

“The processes by which the U.S. Air Force and the National Reconnaissance Office acquire and field capabilities, the attitudes toward risk, and the speed at which the bureaucracy moves are stymying efficient and effective integration of emerging capabilities,” the report stated.

These defense and intelligence agencies need to leverage the commercial space enterprise and technological innovation happening in companies nationwide.

“The environment is ripe for change in the national security space arena,” said Rogers, former chairman of the House Intelligence Committee. “While there is a lot of attention on the Space Force, there are imperative steps that Congress, the White House, and the Department of Defense should take today to ensure our continued strength in space.”

The report covers the growing threat environment in space, its overall paradigm shift and the future of space, and closes with recommendations and areas for reform.

Because in order to “go fast” in space, agencies should rely on the revolution happening in the commercial space industry — from reusable rockets and smaller, more efficient satellites to larger constellations and easily replaceable on-orbit vehicles.

The government also needs to rethink acquisition, mission assurance and on-orbit operations, according to the report.

In terms of acquisition, the government should shift from a product-based model to space-as-a-service. For example, expanding to a larger and more diverse low-Earth orbit constellation to serve intelligence, military and governmental needs; and improve its launch cadence by leaning on more indefinite delivery/indefinite quantity models for larger constellations and easy maintenance.

Using an IDIQ model for space would allow the government to assess launch providers against an established set of criteria, and take advantage of emerging small satellite capabilities — rather than large, expensive legacy satellites.

And broadly, the government should take a “proactive” posture with commercial space and work with industry to find opportunities to work together and integrate. This is in align with acquisition and mission assurance changes — from being focused on launch vehicles and payload to a more holistic approach to the capabilities available to warfighters and the intelligence community. This includes launch, satellite manufacturing and ground segment integration.

The full report can be found here.