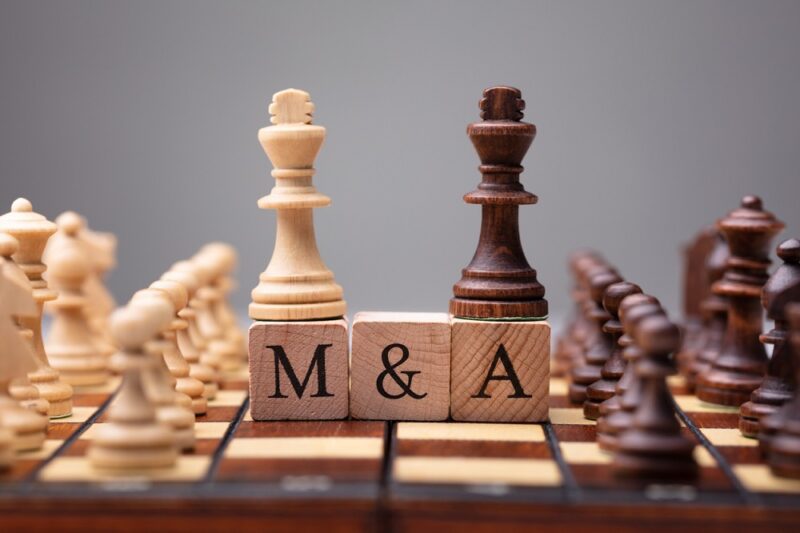 Marc B. Marlin is a managing director at KippsDeSanto & Co.

2018 government contractor technology solutions M&A activity finished off the year strong, with the expectation for continued deal-making into 2019.

2018 saw activity that approached 2017 levels, with GTS deal announcements anticipated north of 80 transactions. Private equity was particularly active in 2018 with nearly 30 announcements across new platform investments and tuck-ins for existing portfolio companies. Given the number of active existing GTS portfolio companies — about 20 collectively among Arlington, Veritas, AE Industrial, H.I.G. and Enlightenment Capital alone and noticeable new funds raised or in process — we foresee no slowing down in the new year.

Public GTS companies, together with the defense primes and Tier-2 suppliers, were similarly busy in 2018. General Dynamics and Science Applications International Corp. dominated the headlines with their $9.6 billion CSRA and $2.5 billion Engility (pending) acquisitions, respectively. On the defense side, L3 Technologies and Harris Corp. announced their $18.7 billion merger as well.

These moves reinforced the industry’s pursuit of scale, as companies look to both capitalize on the current budgetary support and spending momentum, as well as hedge for any softness that may come down the road. The publics remained highly selective yet increasingly active, representing nearly 25 percent as the buyer of announced transactions in 2018, a noticeable increase from the less than 20 percent of announced transactions in 2017.

With healthy balance sheets and strong (albeit lower) stock price valuations, we anticipate the publics to maintain active M&A campaigns into 2019. Particular names include ManTech and Booz Allen who have both been historically active but did not announce any significant M&A deals in 2018.

The public markets were not just hotbeds of M&A activity.

Perspecta IPO’d in June, and can expect company as a newcomer to the GTS comp set with DC Capital roll-up Caliburn filing an S-1 in October. With public valuations for the sector remaining well-above long-term averages, the public markets remain a viable liquidity alternative and source of capital for the segment.

Having outperformed the broader market over the past 12 months and exhibiting less volatility than the S&P, the capital markets remain attractive for GTS companies into 2019. The question is, however, will the markets and valuations cool as the 2018 and 2019 budget outlays work their way through the system, and we approach the 2020 election cycle.

Portfolio shaping was another headline in 2018, one we’d expect to continue into 2019.

As part of General Dynamics’ acquisition of CSRA, CACI acquired CSRA’s Navy systems engineering and acquisition services business unit for $84 million, while more recently General Dynamics also divested its citizen engagement centers business to Maximus for $400 million. Each of these transactions illustrates two of the primary drivers we’ve seen for what feels like consistent divestiture activity: mitigation of Organizational Conflicts of Interest and a refocus on the core business.

Among the smaller and mid-sized players, we’ve seen an increasing desire as a buyer for lines of business that afford access to strategic contract vehicles, namely CIO-SP3, Alliant and Oasis among others. These specific vehicles, in addition to RS3 and ENCORE III, are being viewed as golden in terms of access to substantial growth opportunities in the coming years.

Beyond the M&A activity of 2018, the most significant market development may be the announcement of Amazon’s HQ2 to include Crystal City. This announcement reiterated an already substantial commitment by Amazon to both the region and the federal government customer and contractor ecosystem.

Look for firms to continue to partner with commercial technology firms such as Amazon, Salesforce, ServiceNow and others to drive innovation for customers and by the same token differentiate their solutions offerings via these partnerships and associated certifications.

Lastly, 2018 may be best remembered as the year of intel, defense, national security, and next-generation technology capabilities. These were the areas of primary M&A focus by many of the more active acquirers, given the above-average growth prospects for these customers and capabilities.  Approximately 55 percent of transactions in 2018 touched one of these themes, which are showing continued momentum into 2019.

2018 was a great year for the GTS market. We greet 2019 with continued optimism and excitement for the sector. See you at the closing table!