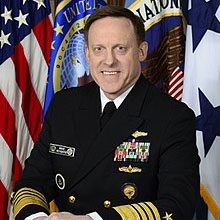 Adm. Mike Rogers, the former director of the National Security Agency and the former head of U.S. Cyber Command, has joined the board of advisers of the cybersecurity think tank Team8.

Rogers served as both NSA director and U.S. Cyber Command commander between 2014 and 2018.

As a senior adviser, Rogers will capitalize on his unique grasp of technology trends, the cyber threat landscape and the evolving tactics and tools used by cyber attackers to provide invaluable insight to both Team8’s existing portfolio companies and those currently in development, the company said.

The company opened its New York headquarters in September 2017. The company said Rogers will be instrumental in the company’s U.S. expansion.

“I’ve worked with the highly talented resources of Unit 8200 in the past and so when I had the opportunity to join Team8, I knew this was a rare and valued opportunity,” Rogers said. “Alongside their know-how, foresight and extraordinary capabilities in aligning with leading global organizations, I’m most impressed with how Team8’s model brings teams together to solve tangible problems that fundamentally make a difference to how enterprises operate in the face of cyber threats.”

Team8 CEO and cofounder Nadav Zafrir said: “We are thrilled to welcome Mike Rogers to the Team8 family. Mike will be an invaluable asset to Team8’s company-building model, providing a fountain of knowledge for our existing portfolio companies, for the companies in development and to help identify technology gaps in the marketplace on which future companies could be built.”